31-December-2014
As the last day of the year arrived, the plan was to do the Buddhist archaeological circuit around Bhubaneswar. The started with rain arriving in Bhubaneswar.
Looking at the time on hand, we decided to visit three main archaeological sites around Bhubaneswar. These are Udayagiri, Ratnagiri, Lalitgiri.
12:00 PM Left the hotel, quickly got on to NH-5 towards Cuttack.
12:55 PM Reach Cuttack. There are many construction activities going on in Cuttack and it takes some time to get out of city.

There are many detours and traffic snarls. Outside of towns the NH5 is in pretty good shape but once near towns there are many overbridges being made and they slow down the traffic.

Udaygiri situated 102 km north-east from Bhubaneswar. The northern half of the valley had been excavated from 1985-86 to 1989-90. which had brought to light remains of a huge Buddhist Monastic complex protected by a large enclosure wall , a seven metre high stupa having four dhyani Buddhas in all four cardinal direction of the stupa. The site was identified as “Madhavapura Mahavihara” on the basis of epigraphical findings. After gap of 08 years excavations at the medieval Buddhist was resumed in 1997-98 in the southern half of the valley named as Udayagiri-2. The excavation had partially revealed a double storied monastic complex datable to 8th Cent. A.D. and important antiquities images of Buddha, Tara, Manjusri, Avalokitesvara, Jatamukuta Lokesvara and terracotta sealings.

1:40 PM Reached Khosalipur where we turn right towards NH-5A.  NM5A is good four laned road with good surface quality. The turn into NH-5A is hard to notice. One has to just cross the overbridge and turn right next to traffic island.


Ratnagiri Monastery in Jajgir district of Orissa crowning like flat hill-top is affording a panormic view of the surrounding might have been chosen for the Buddhist establishment for its isolated eminence which ensure that monks seclusion for the serene and calm atmosphere necessary for monastic life, meditation, and studies. Excavations conducted by Archaeological Survey of India in late 1960's yielded the remains of an impressive stupa (Stupa 1) surrounded by a large number of Votive Stupas of varying dimensions, two quadrangular monasteries (monasteries 1 and 2), a single winged huge monastery with beautiful carved door jamb and lintel., specious open courtyard, cells and verandah facing the courtyard with a specious sanctum enshrining colossal Buddha. The existence of temple with curvilinear tower is only one of its kind discovered in Orissa.
From the impressive remains and a large number of sculptures, discovered during the excavation, it is clear that the Buddhist establishment of Ratnagiri dating from Circa 5th century A.D. witnessed a phenomenal growth in religion, art and architecture till the 13th century A.D. A large number of stone sculptures, a few bronze and brass images of Buddha and of Buddhist pantheon recovered during excavations tend to prove that Ratnagiri was a great Tantric centre of Buddhism comparable to that of Nalanda in Bihar.
A large number of clay sealings, found during excavations, bearing the legend "Shri Ratnagiri Mahavihariya Arya Bhikshu Samghasya" have helped in identifying the name of Rathagiri monastery. By the end of 13th Century A.D., it was on decline, decadence is discernible i.e. in architecture amd sculptural art of Ratnagiri. Though no longer in an affluent condition the Buddhist establishment at Ratnagiri continued till about the 16th Century A.D.
1:49 PM Reached the place where we need to turn left for Udayagiri and Ratnagiri. The road is undivided and narrow but with really good surface quality. Given that there is not much traffic on the road, it is not a problem at all.
2:04 PM We reach the Udayagiri complex. The place has a large compound which seems to have been converted by some people into a picnic spot There is music being played. Anyway we ignore all of that and have a look at the site.
3:05 PM It takes just about an hours to leisurely go through the complex. If there is intense interest in archaeology then one can spend more time.
The next stop was Ratnagiri, the place is just about 4-5 kilometers from Udayagiri. We reach there in 20 minutes.

3:25 PM By this time we realise that we are running short on time since most monuments close at around 5-5:30 in the area. So we decide to just visit the Ratnagiri monuments but skip the museum that is next doors. This is a large area and requires longer to go through. But we kind of do a quick job of it. 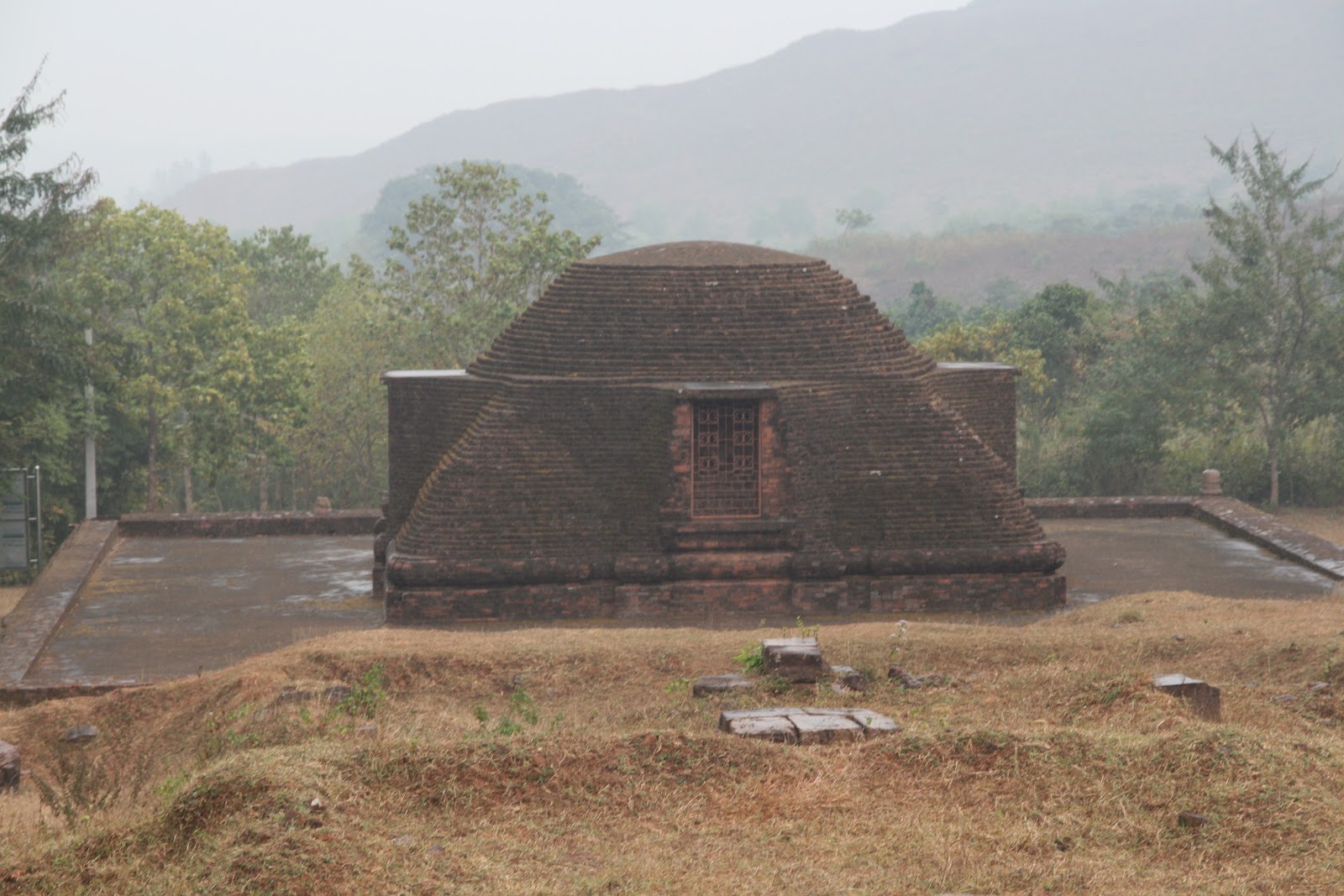 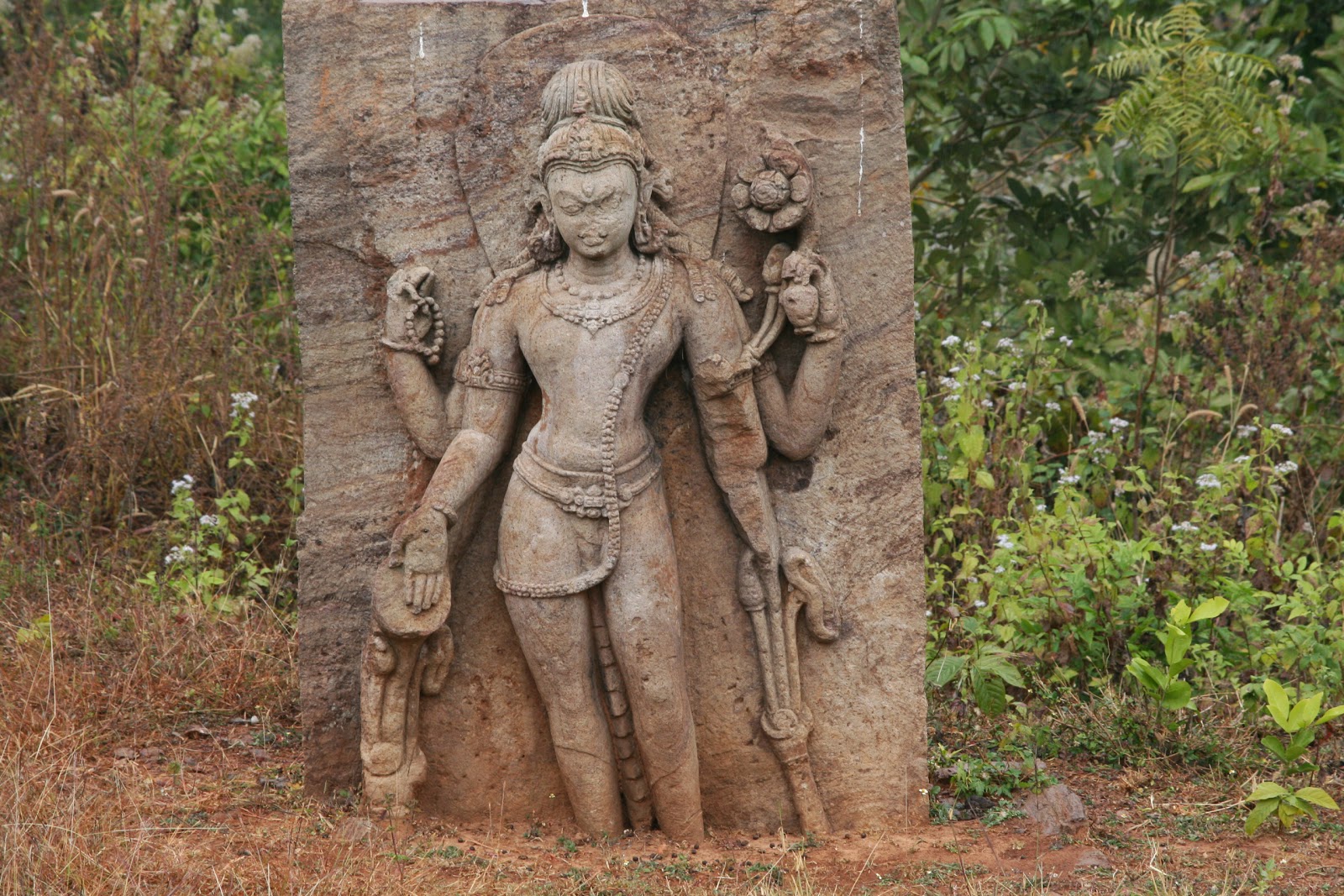 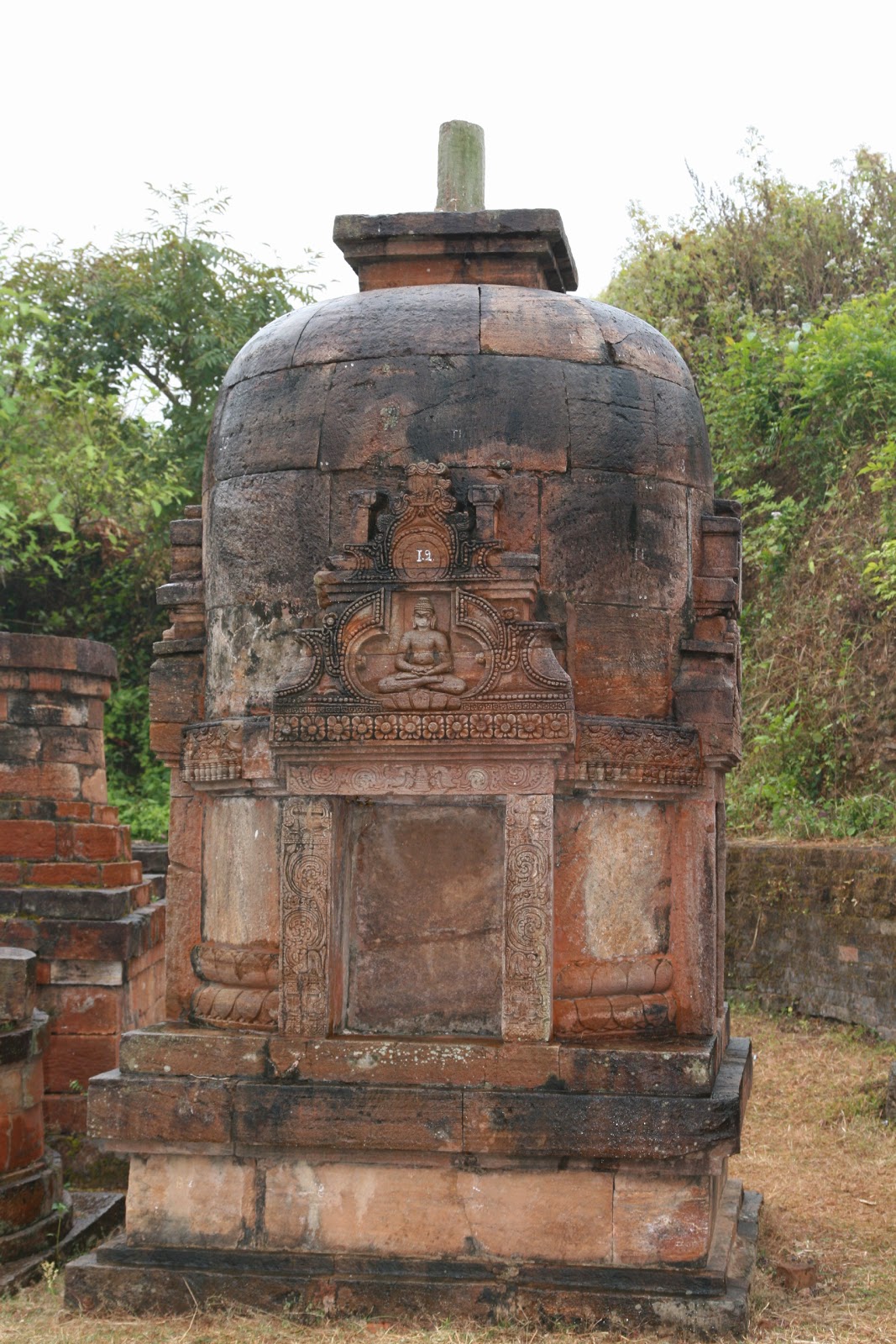 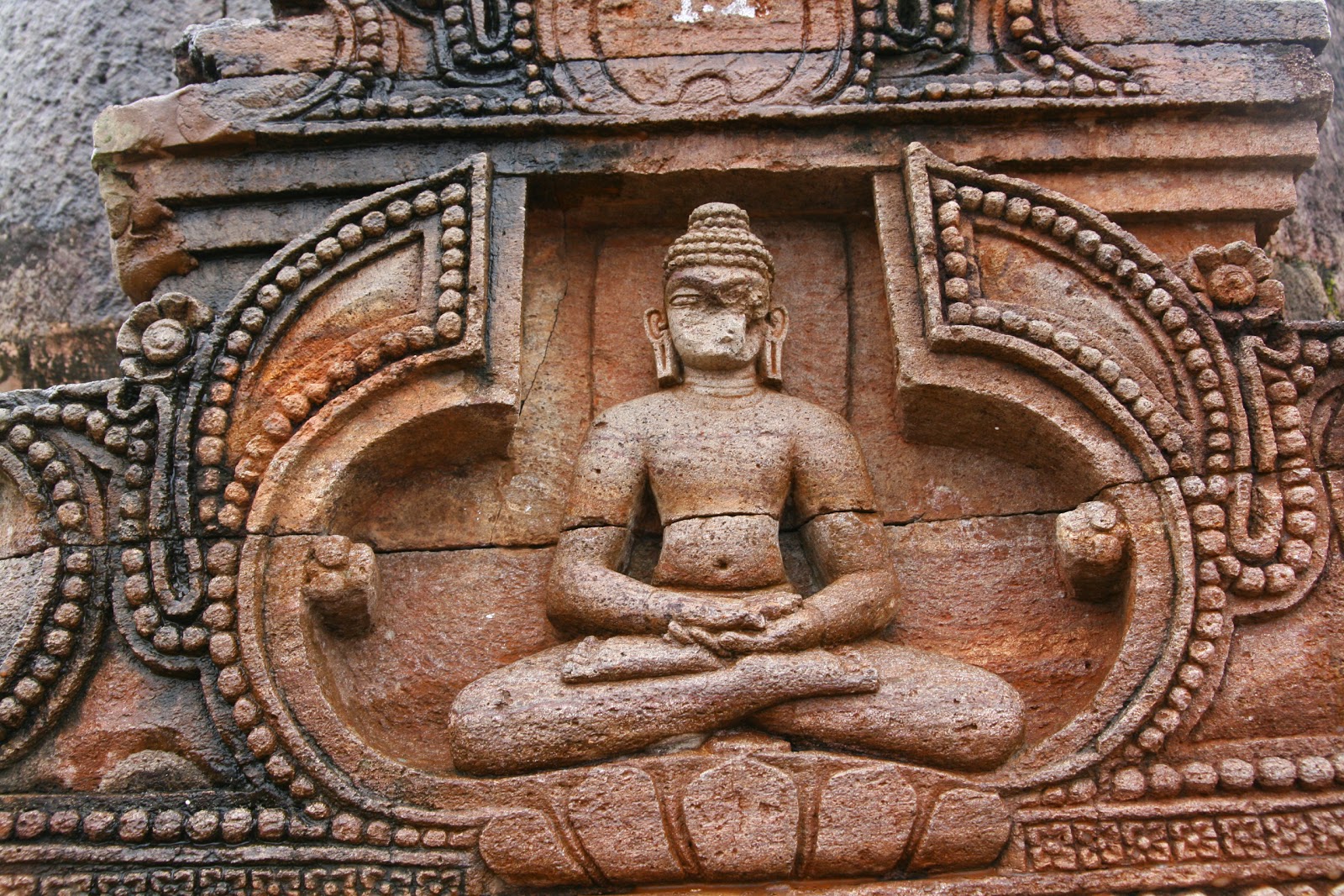 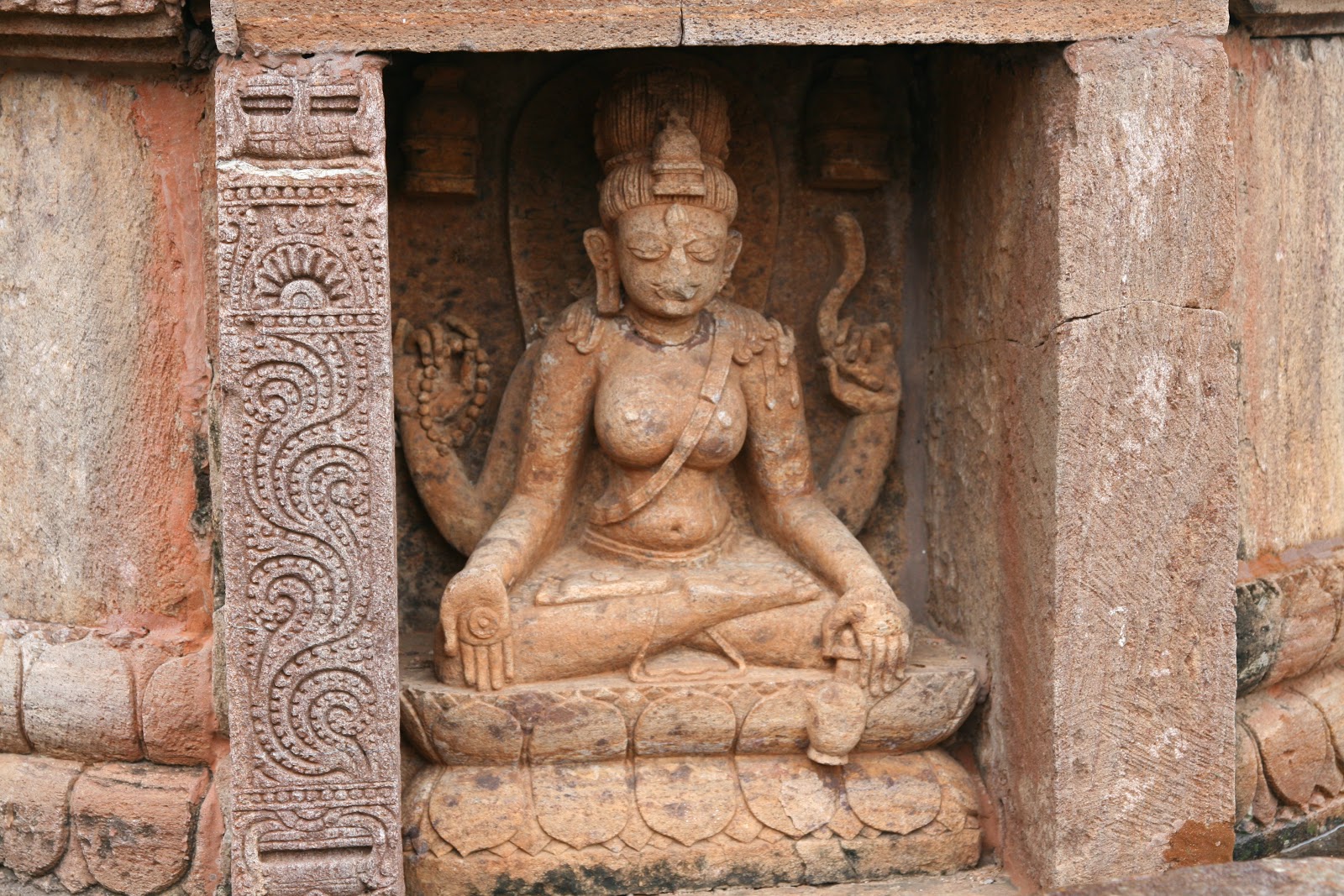 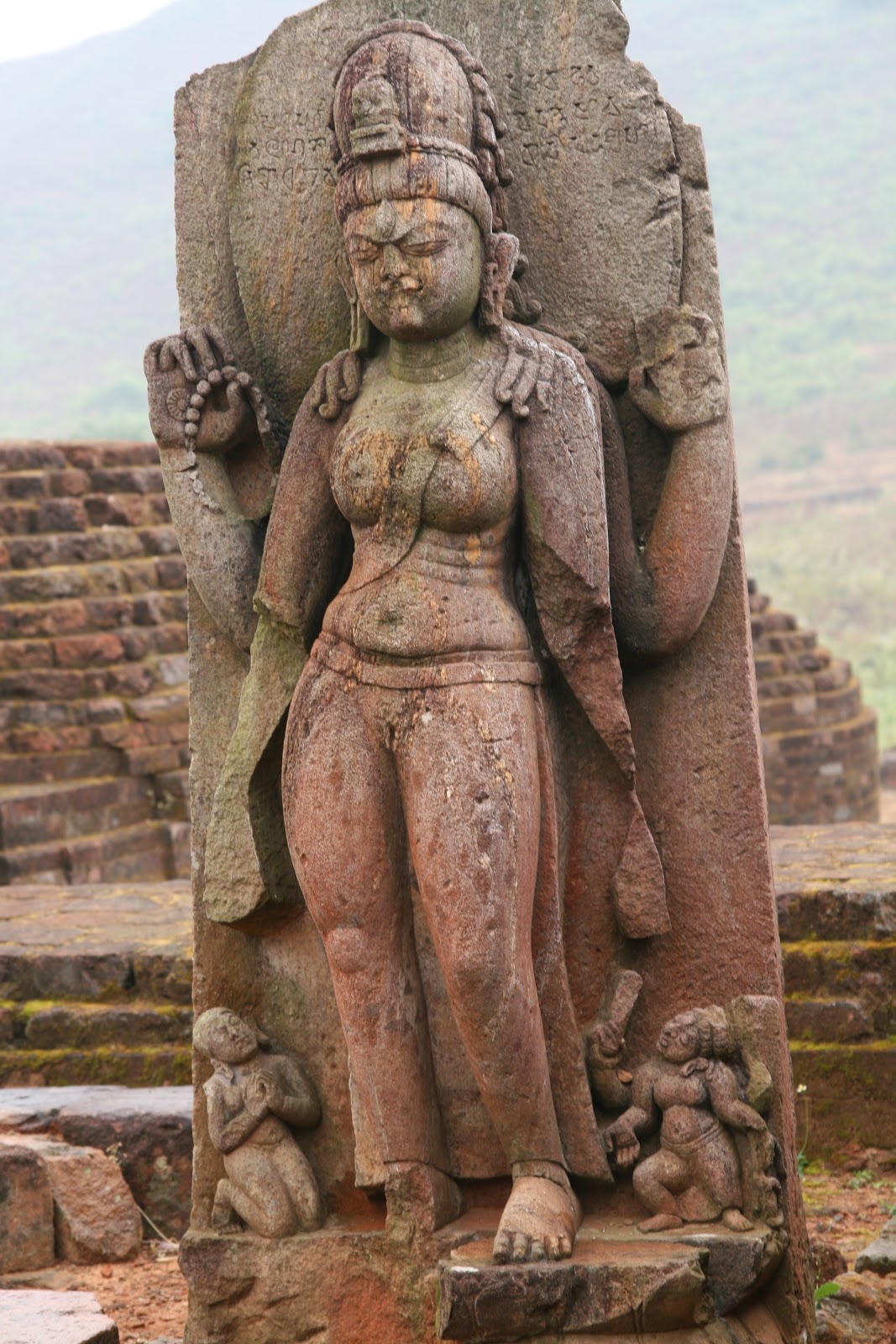 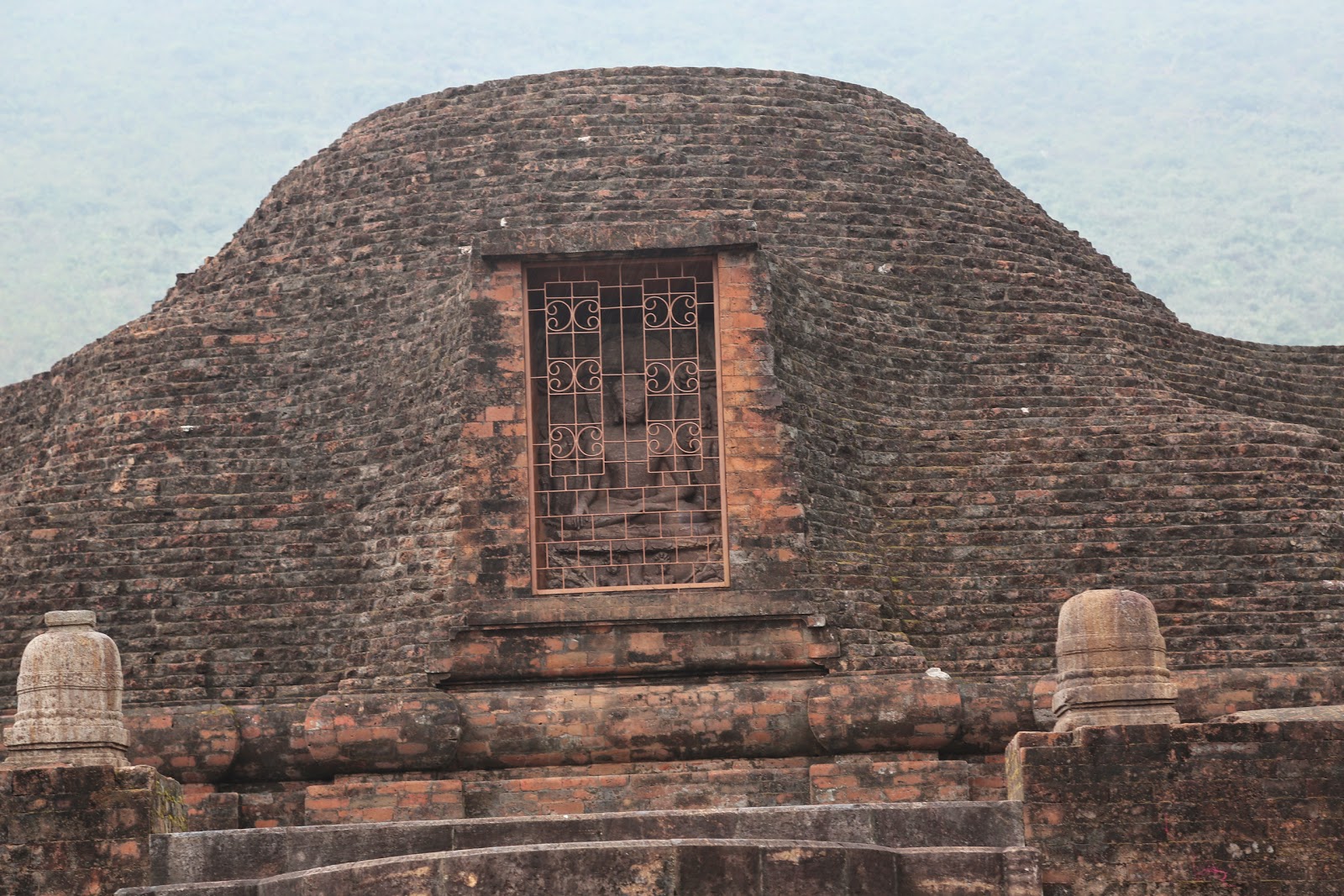 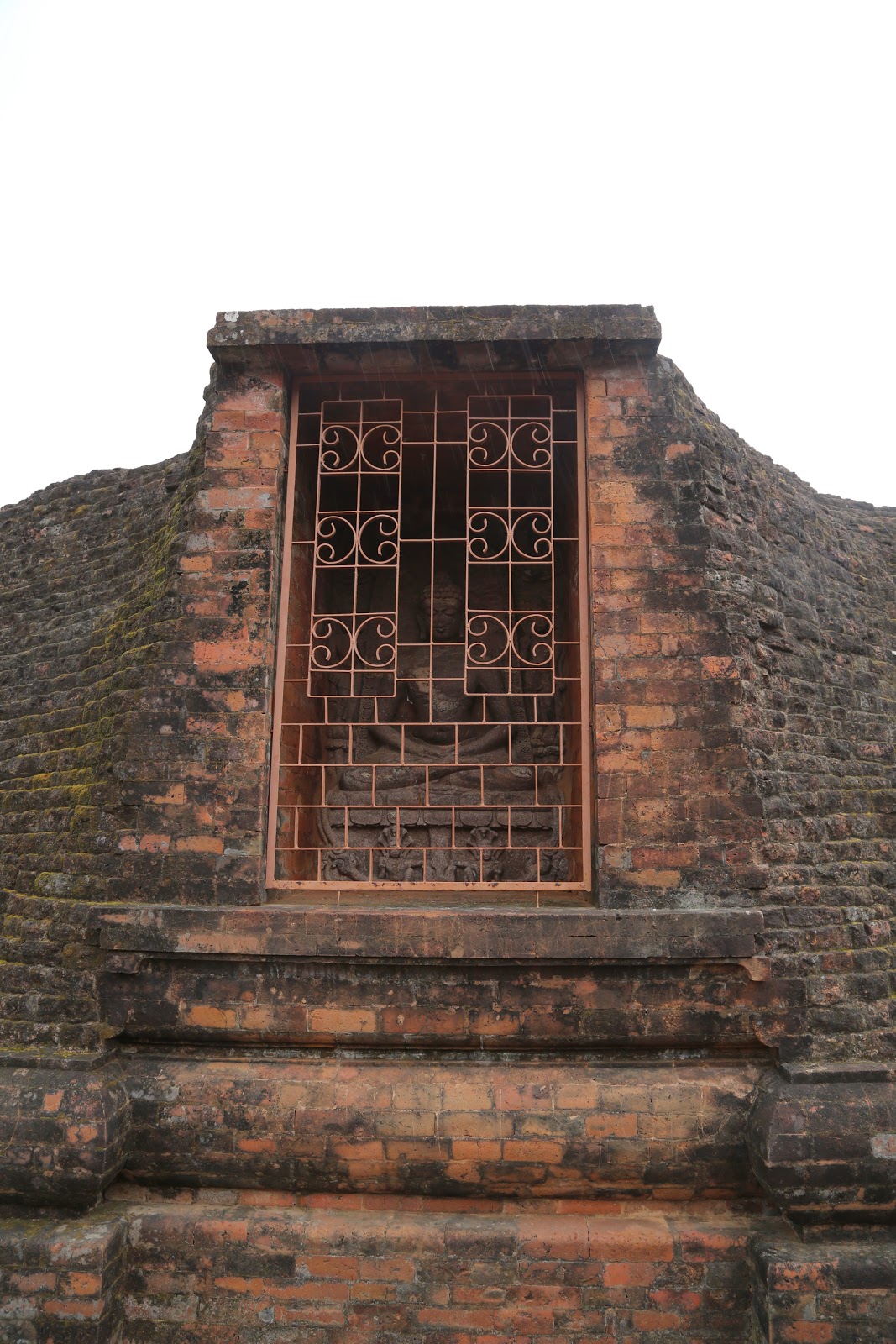 4:05 PM Leave Ratnagiri for Lalitgiri. While on our way back, the google map shows a route that doesn't require on to go back to Udayagiri but unfortunately that path is not in a motorable shape. After couple of about turns, we decide to go back to NH-5A and then find the path to Lalitgiri. 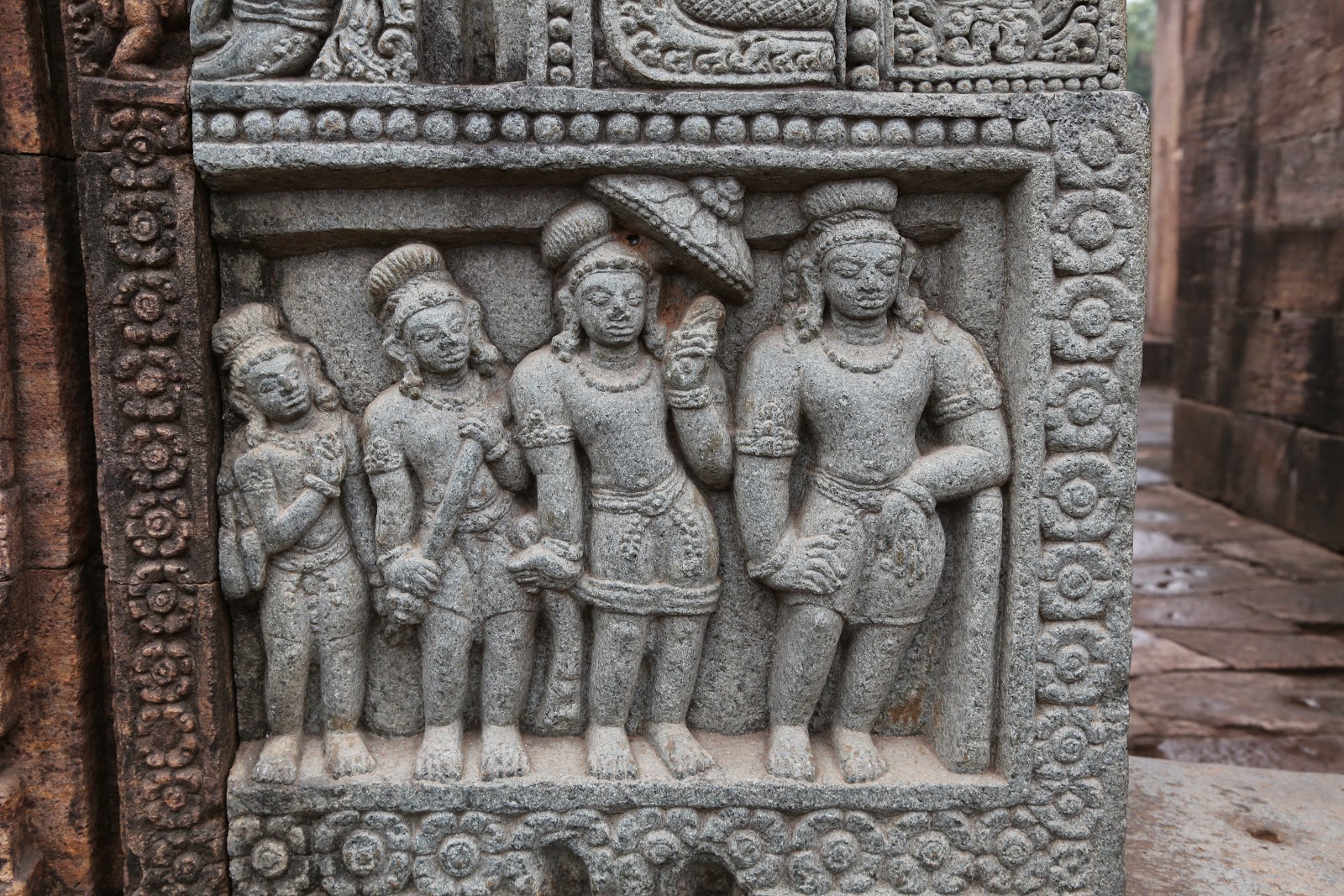 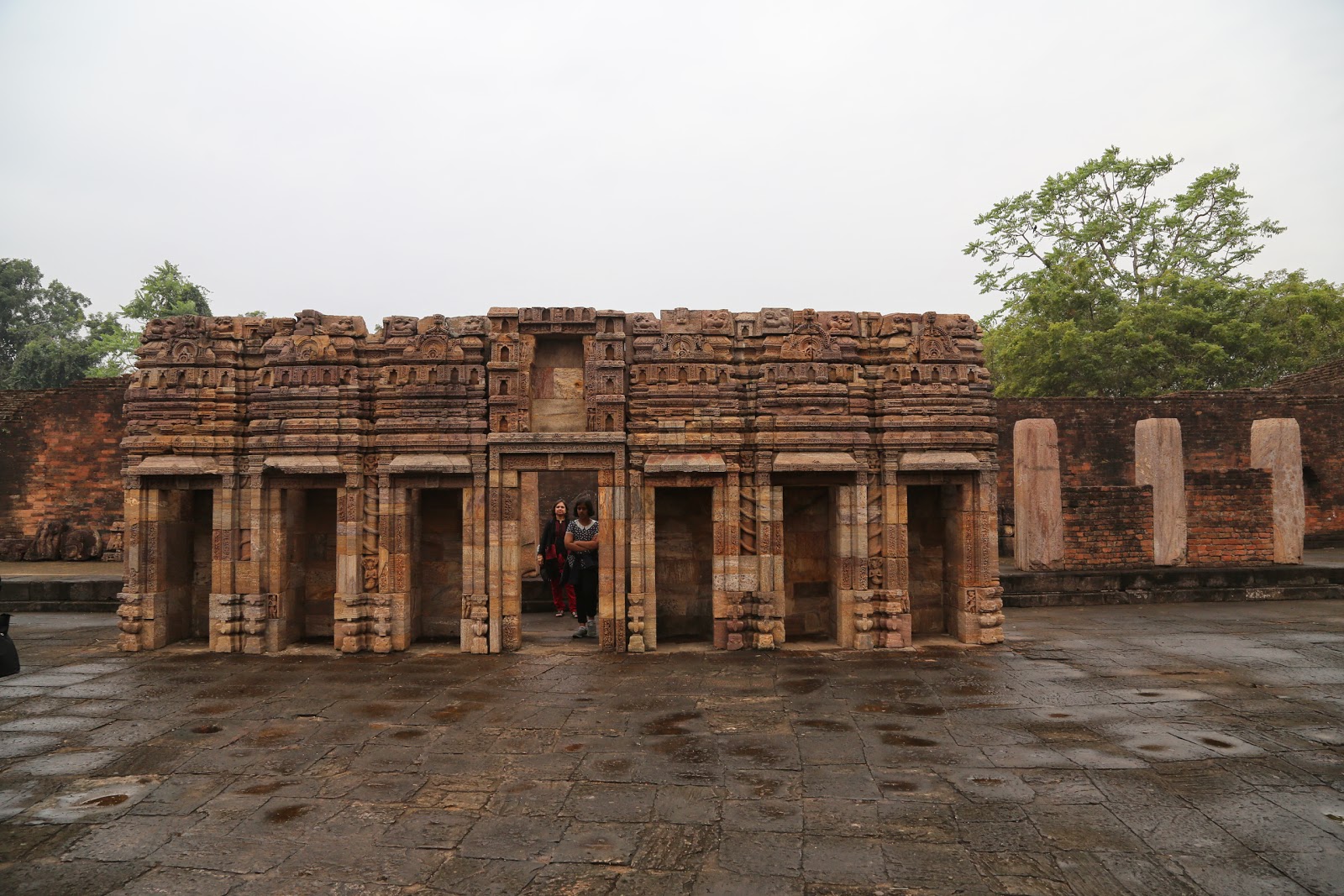 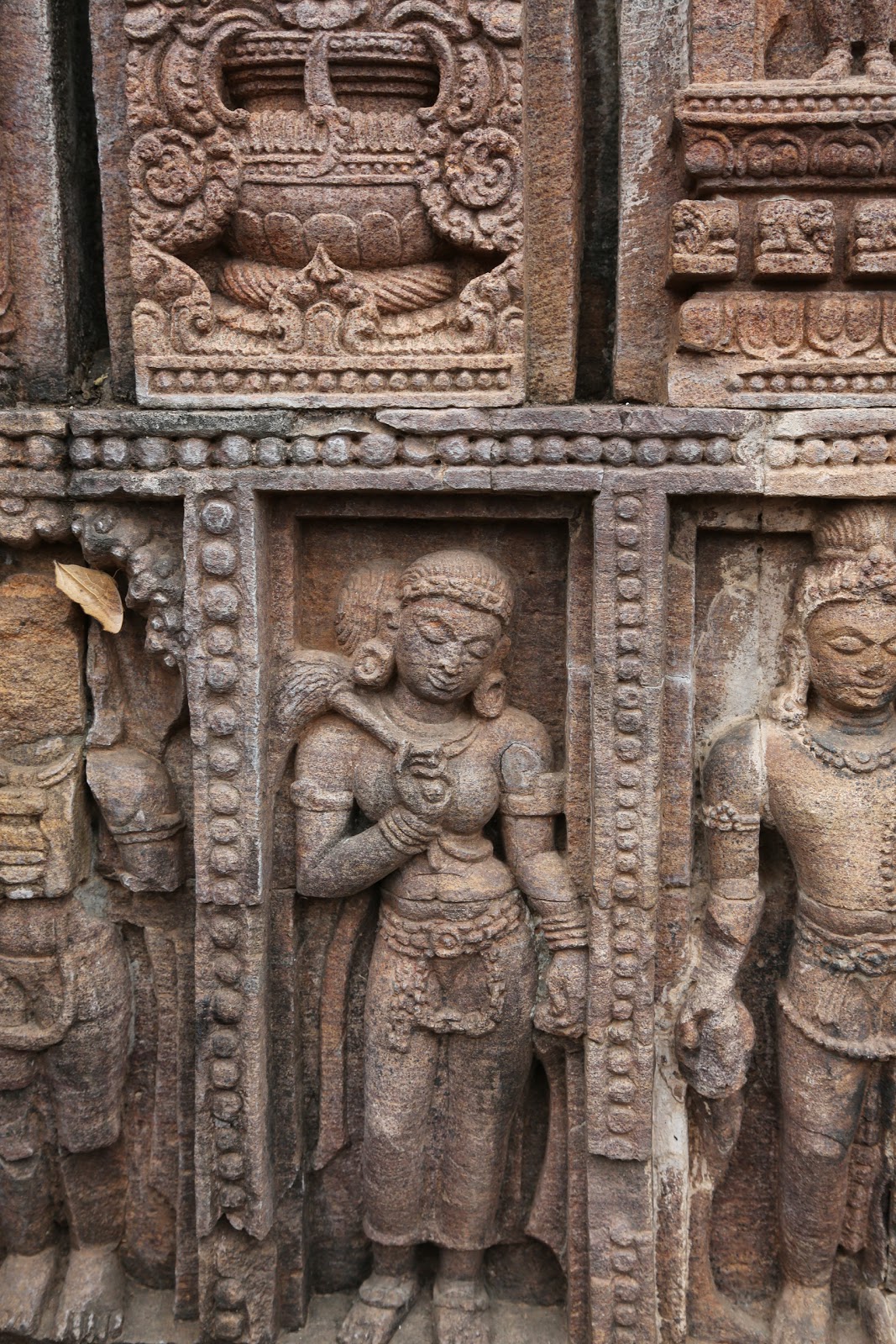 4:38 PM We were back at NH-5A and continued towards Lalitgiri.
4:45 PM Reached Lalitgiri. The place is not very crowded and there were few tourists there.
We were pretty late, it was already dark, so we very quickly went around the site. 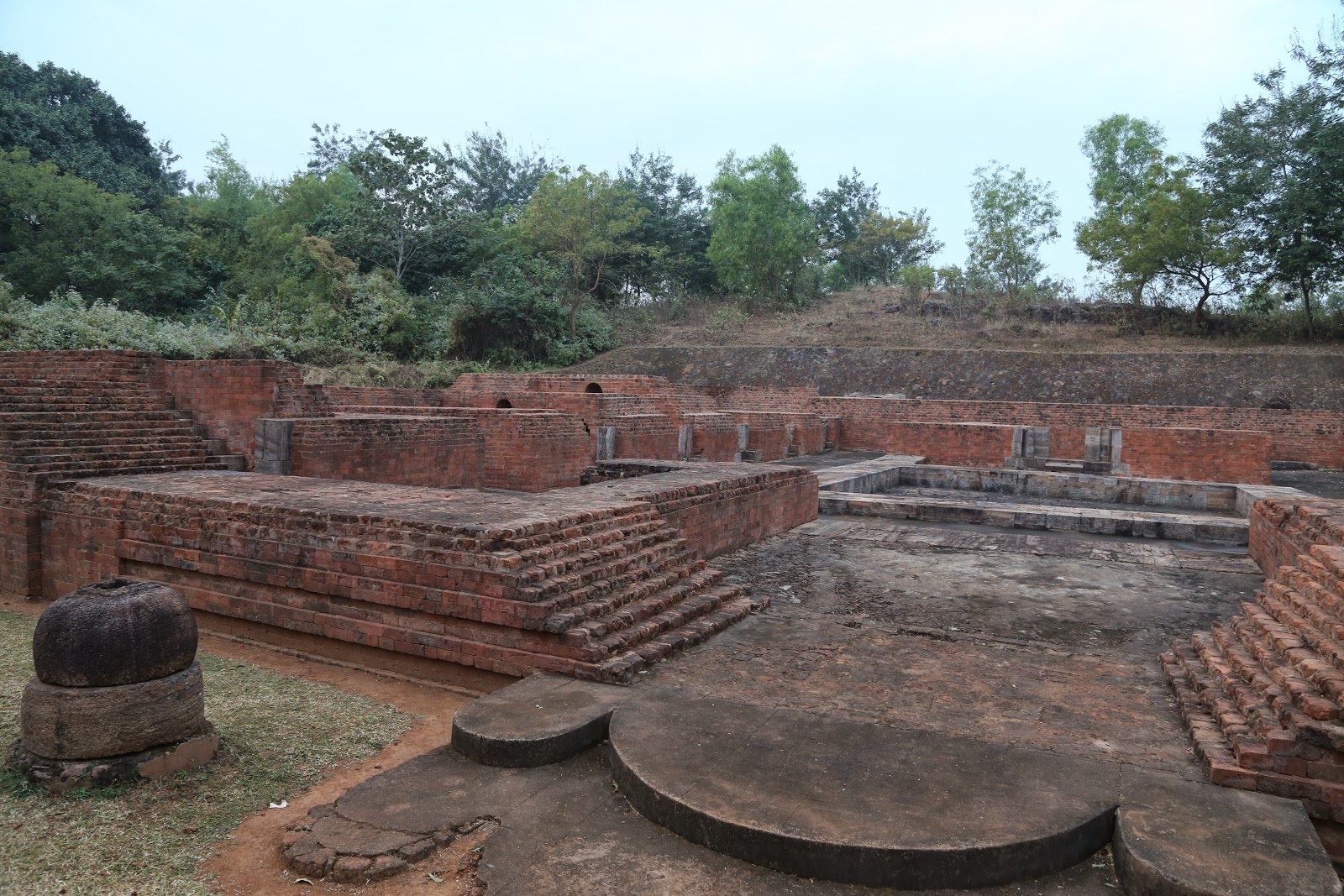 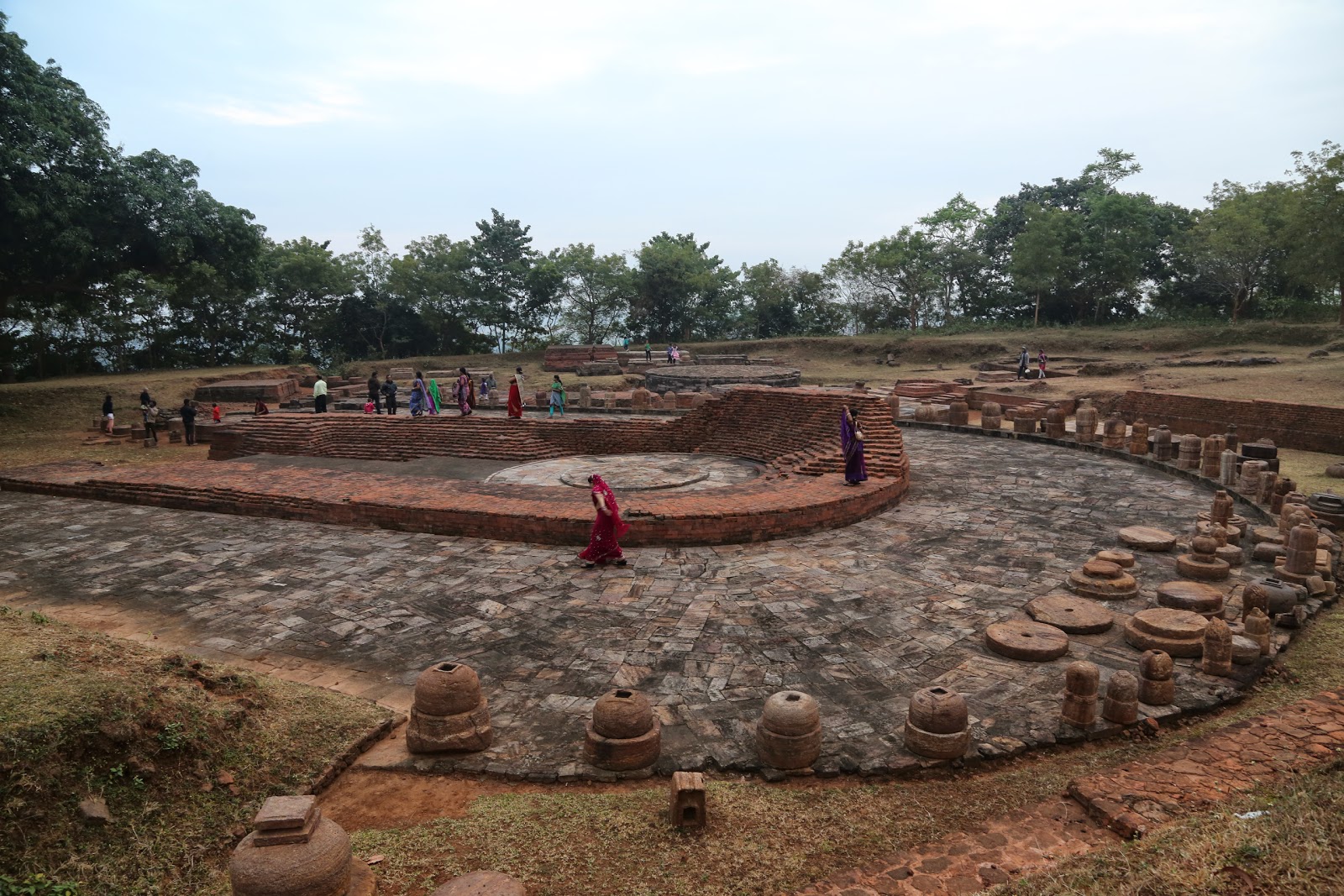 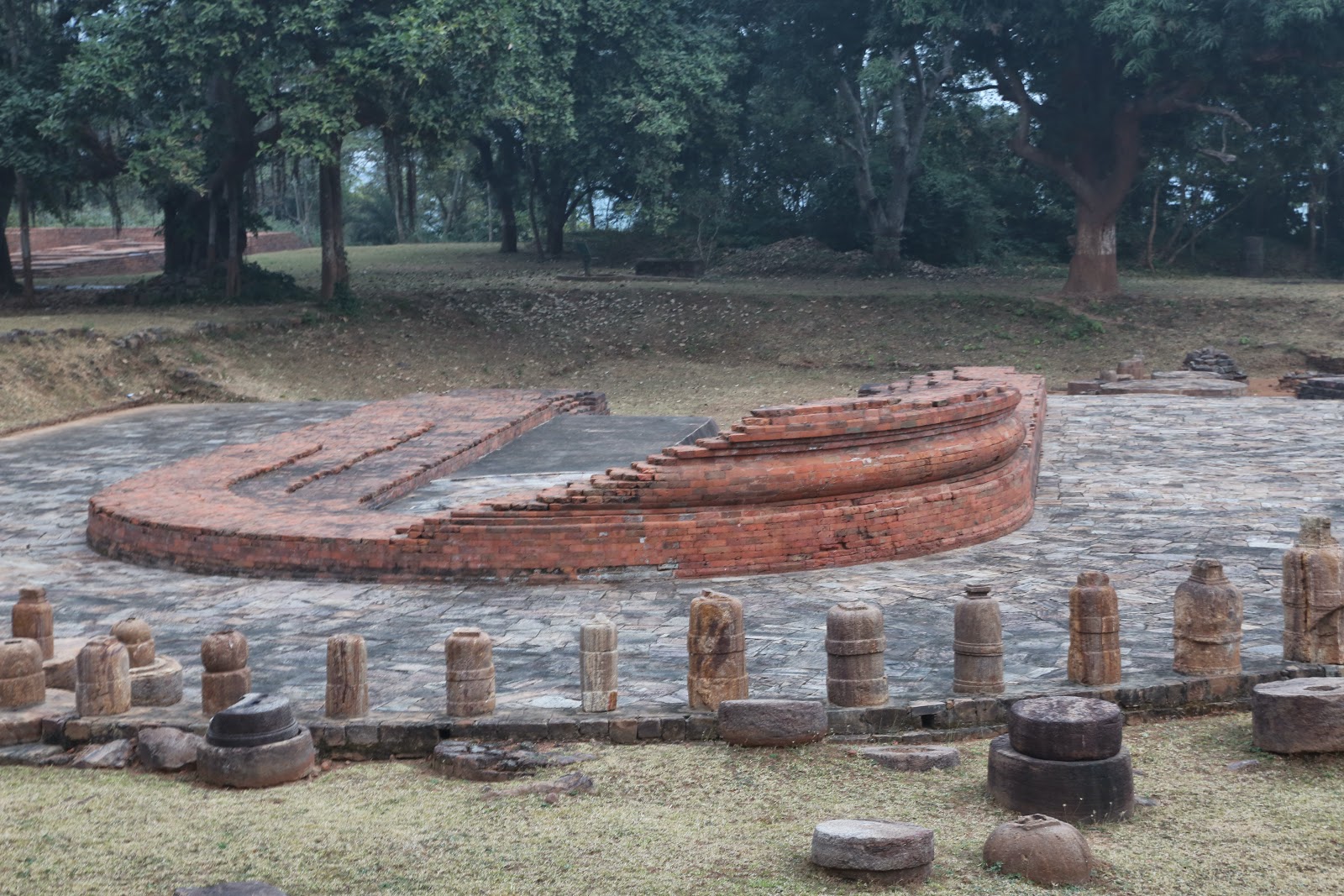