Druk Diaries: Day 1 of the drive, Bengaluru to Rajahmundry

Finally the day arrived. As per the original plan, my family had to meet me in Kolkata so till Kolkata, I was on my own. As per initial plan, I targeted to reach Vijaywada at the end of day 1 since I had already done this drive and I was comfortable doing it.
I chose to drive via Hyderabad even through it is slightly longer distance compared to NH-5 because of good 4-lane roads all the way.
10-April-2015
I had planned to starting at 4 AM, but last minute work at the office made it kind of a late night for me and I decided not to sacrifice my sleep.
5:35 AM Left my home and was on outer ring road in no time. Sometimes one wonders, what happens to these cities in day time, they are so nice early morning.
6:45 AM Reached Kamath after Bengaluru Airport. Contacted HV Kumar and told him that I have started my journey. He suggested that I should try to reach Rajahmundry or Vizag by end of the day. 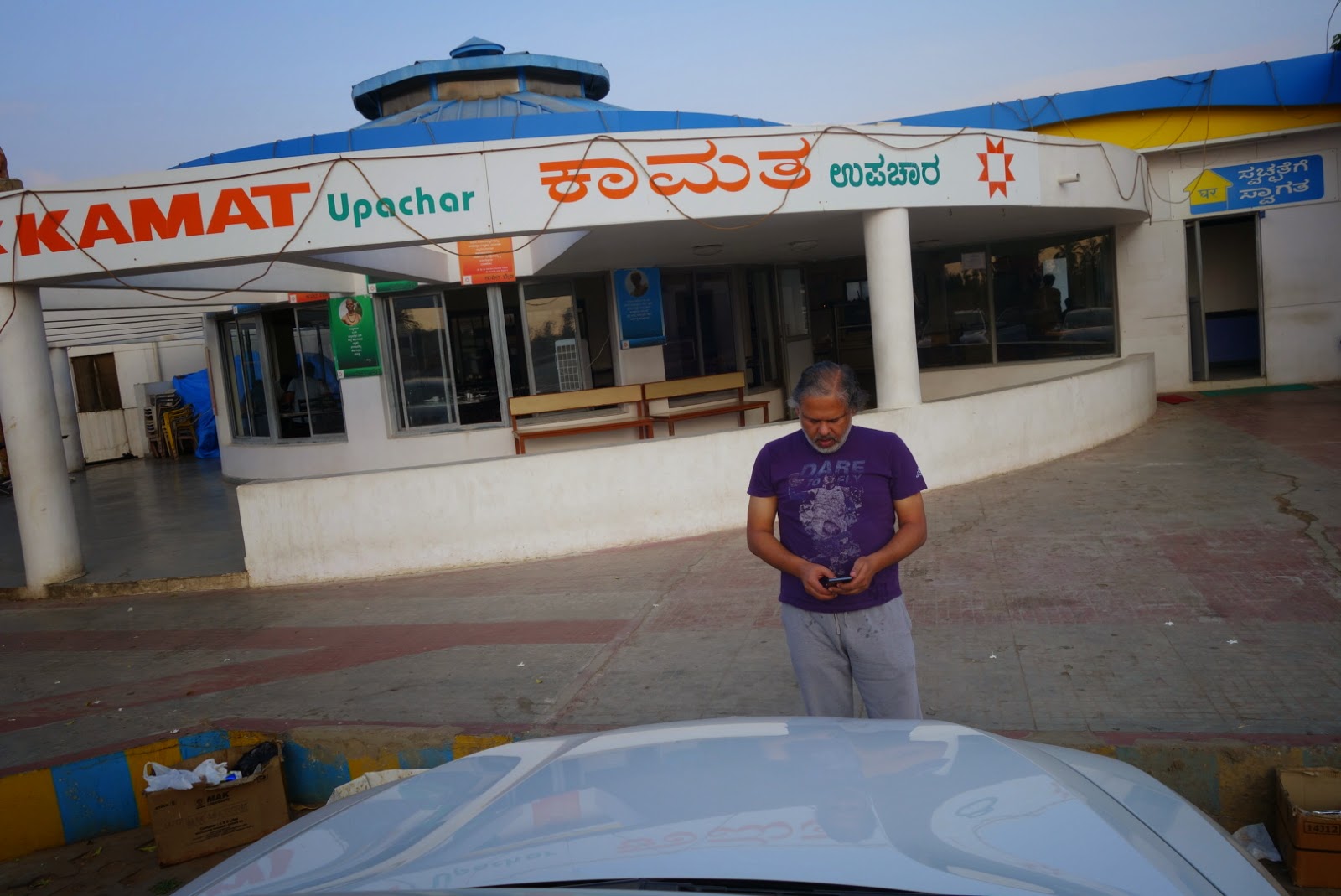 7:45 AM Crossed Penukonda
8:25 AM Crossed Ananthpur
9:00 AM Crossed Gooty
9:55 AM Crossed Kurnool
11:10 AM Crossed Mahbubnagar
11:49 AM Entered Hyderabad ring road. Made my first mistake of the day. Rather than going anti-clockwise, I entered the clockwise ring road. I should have quickly gotten out but the road was good and I did not know that the ring road is still not fully complete. I thought that I can just circle the complete road and reach the exit 11 for Vijaywada. This resulted in quite a bit of waste of time since the roadd is not fully done yet.
1:30 PM Finally exited on Vijaywada road.
2:50 PM Reached Seven food court near Suryapet. This is where I decided that I am going to go further than VIjaywada and most probably break for the day at Rajahmundry. 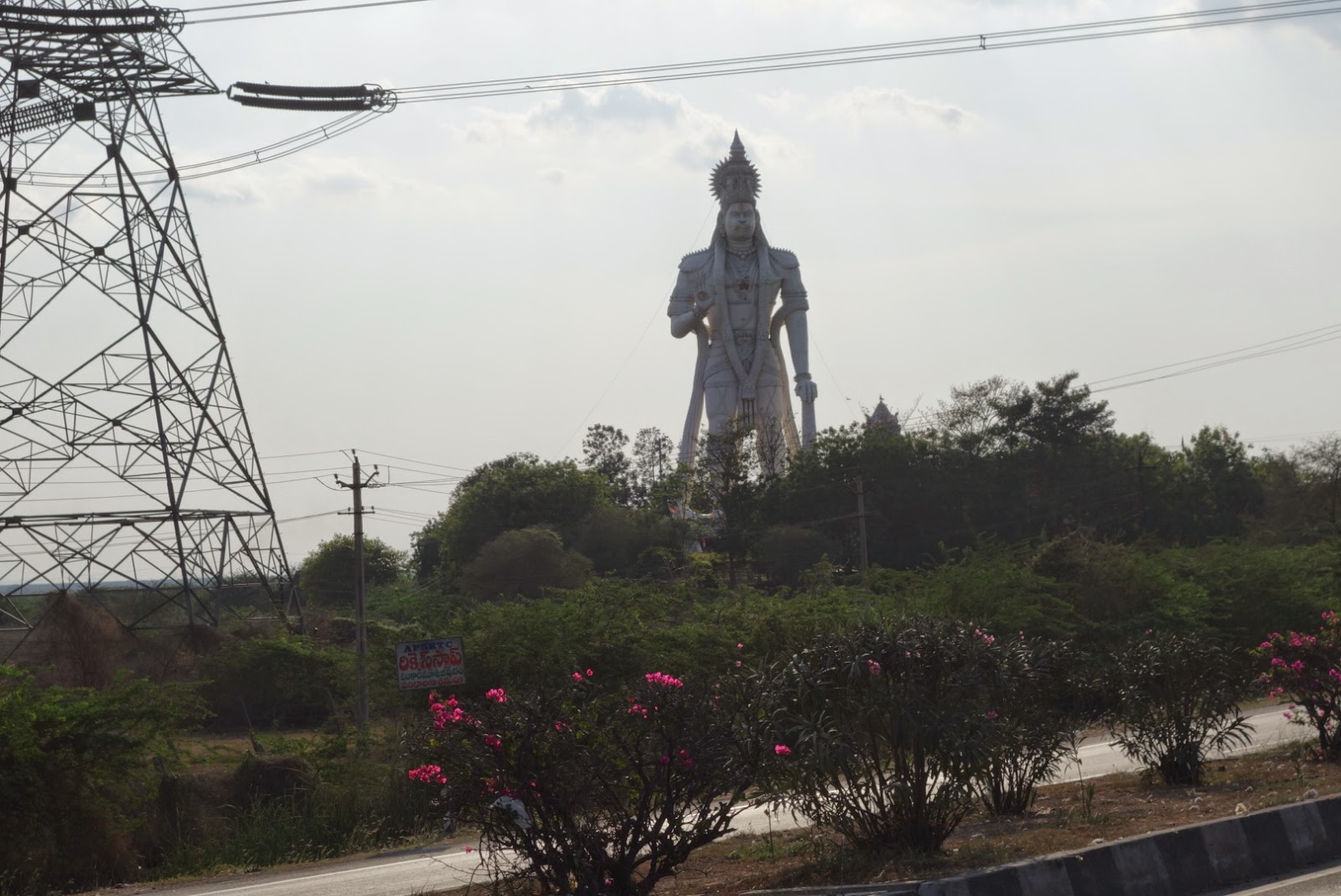 The interesting thing that one observes while driving in Andhra Pradesh is the statures of Hanuman  next to the road while driving. Some of these are large statues.
5:20 PM Crossed Vijaywada 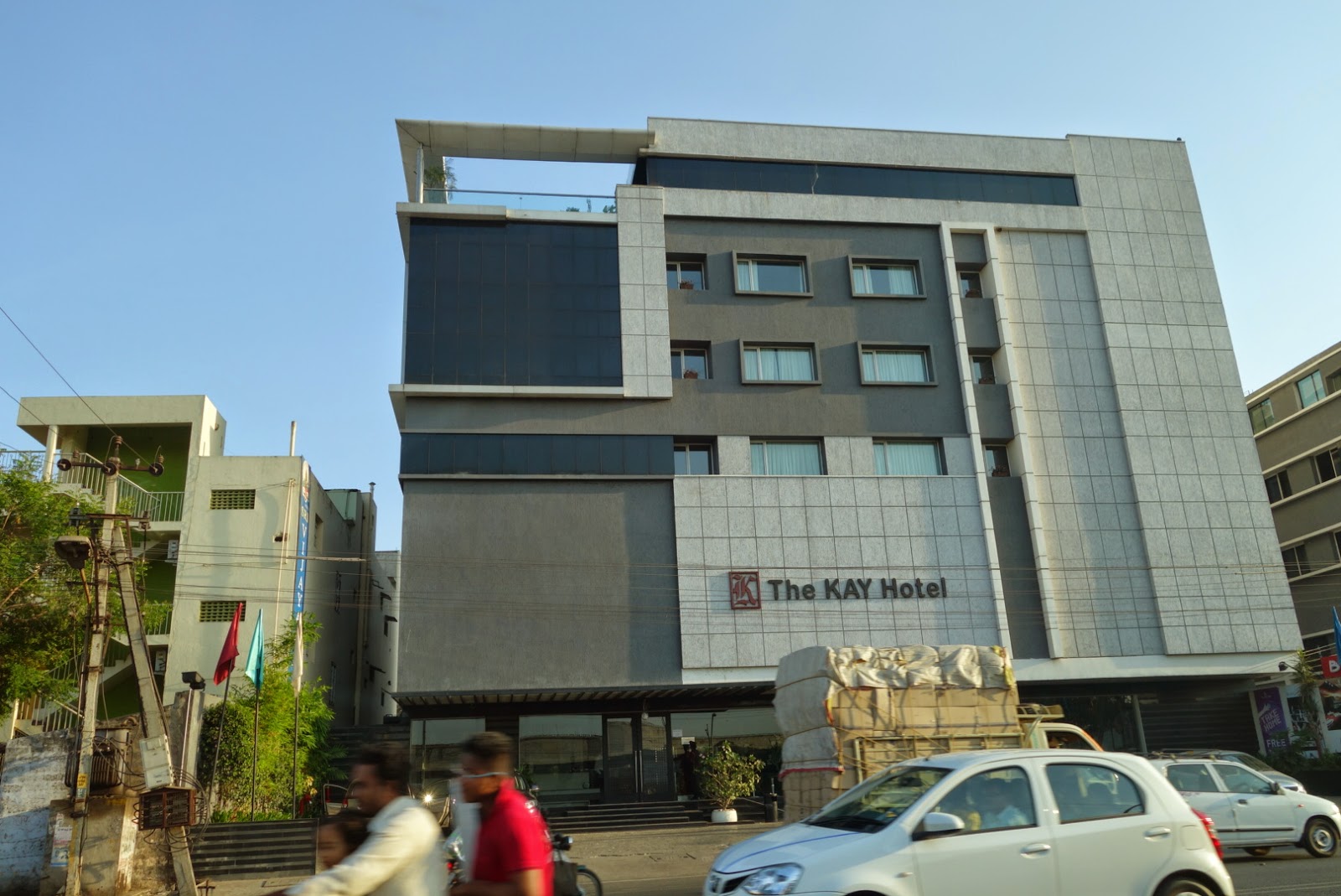 6:30 PM Crossed Eluru
7:25 PM Crossed Tanuku
8:40 PM Reached Rajahmundhry
The rolling booking strategy of HVK Central Hotel Desk was helpful because I was able to mmake more progress during the day and end the day at Rajahmundhry rather than Vijaywada.
Posted by vavasthi at April 30, 2015