The destination for the day was Turtuk Village.
9:00 AM We got delayed because one of our co-traveler fell sick during the night and we waited for the individual to get better before we started. Once things look in control, we started.
Most of the road from Leh to Khardung La top is in good condition. Last 10 kilometers are very bad. This is the place for no heroics. It is a very unforgiving drive.

Landscapes, like most of Leh, remain priceless during this drive. 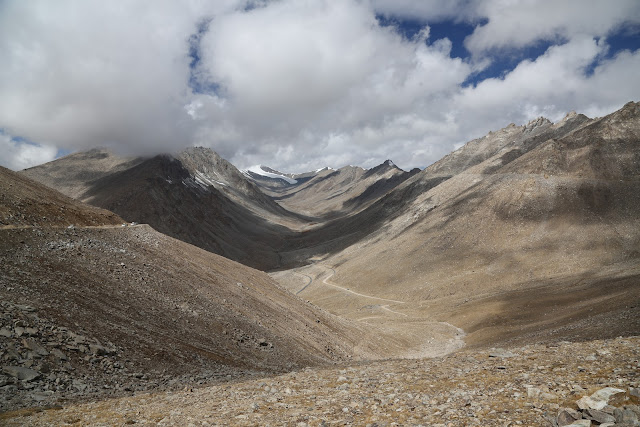 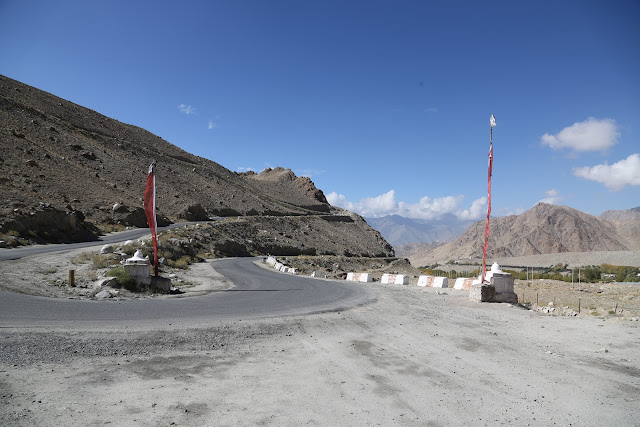 One of the hairpins 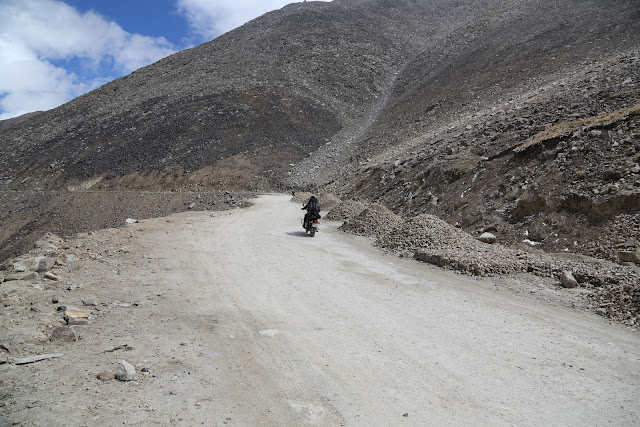 10:31 AM Reached South Pullu checkpost. You need to write your vehicle number, type of vehicle and phone number on the back of the permit copy and give it to the guy on duty. There are toilets here if you need to use them. 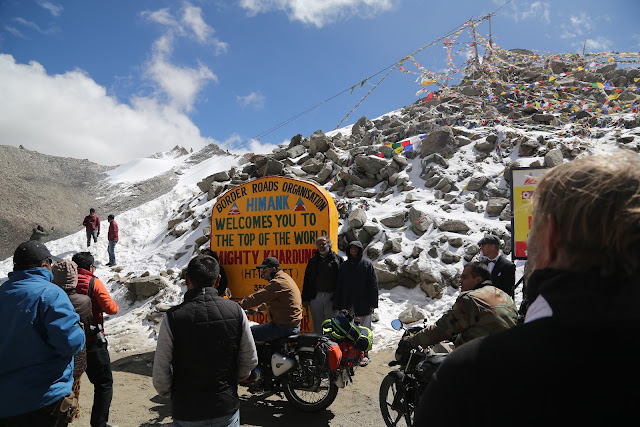 Finally, at the K-Top signage, it is almost like Tirupathi temple, you get a split second for the photo and then move on.
Khardung La canteen has this interesting note on Maggi. 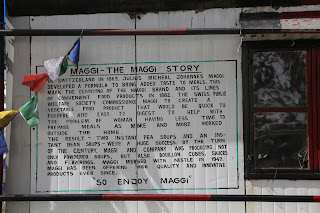 In Switzerland in 1863, Julius Micheal Johannes Maggi developed a formula to Bring added taste to meals. This marked the beginning of the Maggi brand and its lines of convenient food products in 1882. The Swiss public welfare society commissioned Maggi to create a vegetable food product that would be quick to prepare and easy to digest to help with the problem of women having less time to prepare meals as more and more worked outside the home.
THe result - Two instant pea soups and an instant bean soup - were a huge success. But the turn of the century, Maggi, and the company was producing not only powdered soups but also bouillion cubes, sauces, and flavoring. Maggi merged with Nestle in 1947. Maggi has been offering high quality and innovative products ever since.
Khardung La top was flooded with vehicles, there were large foreign groups with their large support vehicles with multiple fancy dresses, which they will change into for a photograph at the K-Top signage. 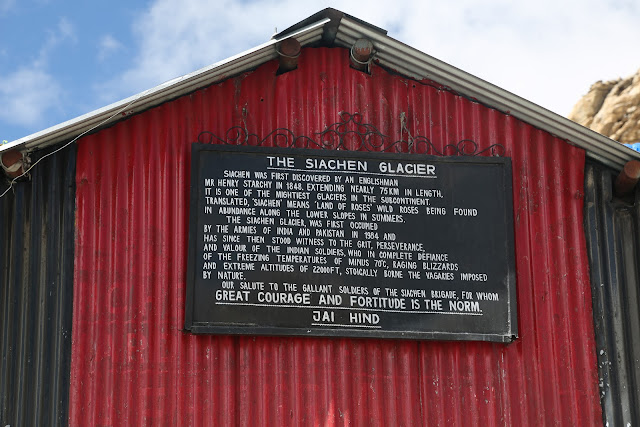 Siachen was first discovered by an Englishman Mr. Henry Starchy in 1848. Extending nearly 75 kilometers in length, it is one of the mightiest glaciers in the subcontinent. Translated, Siachen means 'Land of Roses'. WIld roses being found in abundance along the lower slopes in summers.
The Siachen glacier was first occupied by the armies of India and Pakistan in 1984 and has since stood witness to the grit perseverance and valor of the Indian soldiers, who in complete defiance of the freezing temperatures of minus 70-degree celsius raging blizzards and extreme altitudes of 22000ft. stoically borne the vagaries imposed by nature. 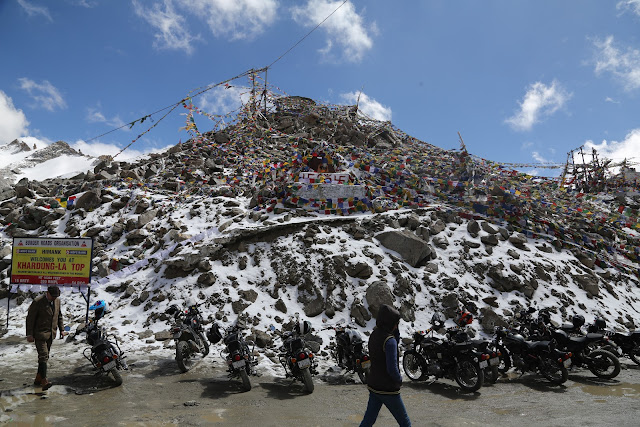 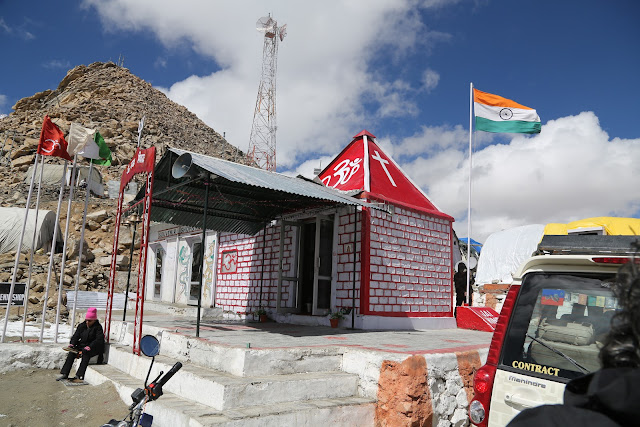 12:10 PM We finally left the K-Top after spending some time. The road from K-Top is very bad for next 10 kilometers. The progress is very slow.

1:50 PM Reached North Pullu checkpost. Same drill here, give a copy of the permit. There are toilet facilities here. There is a small food place as well. We did not stop here.
At this time we were extremely hungry. The village Khardung looked full of eateries, we stopped at a couple of them, none of them seemed interested in serving any food. So we continued from there and decided to find food somewhere else.

3:25 PM We found this place called River Side Resorts and Rafting, they had a basic buffet lunch service and the food was reasonably good. The place was also decent. It is a good place to stop for lunch etc. 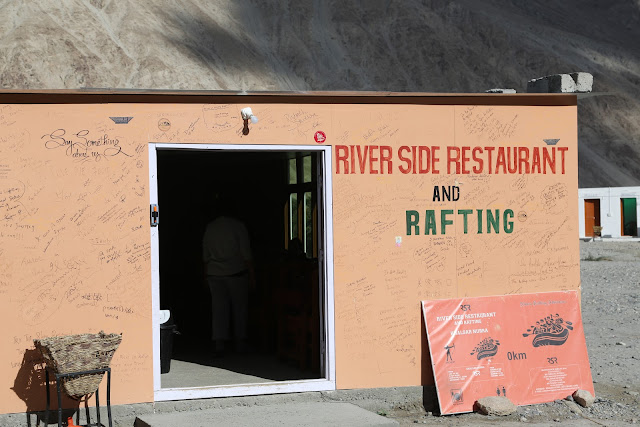 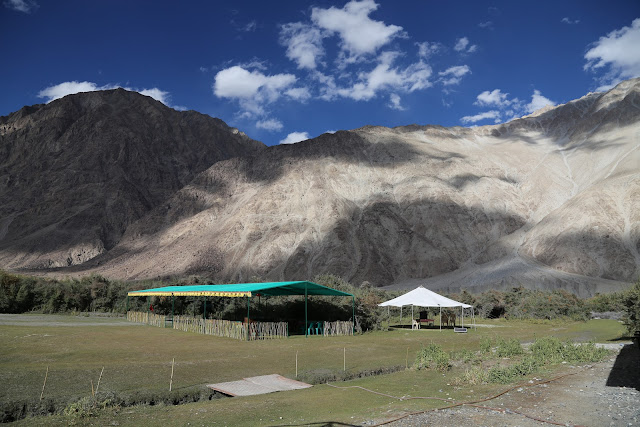 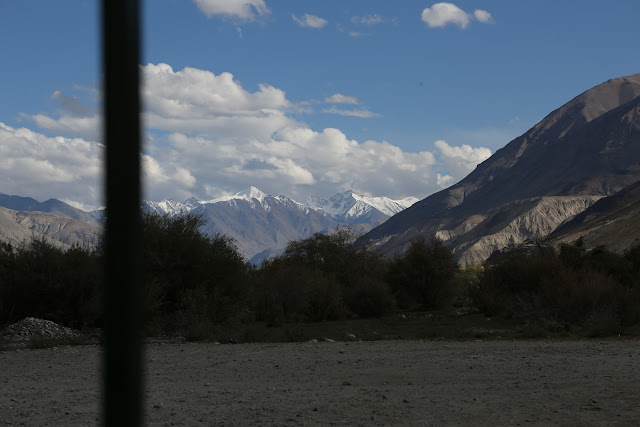 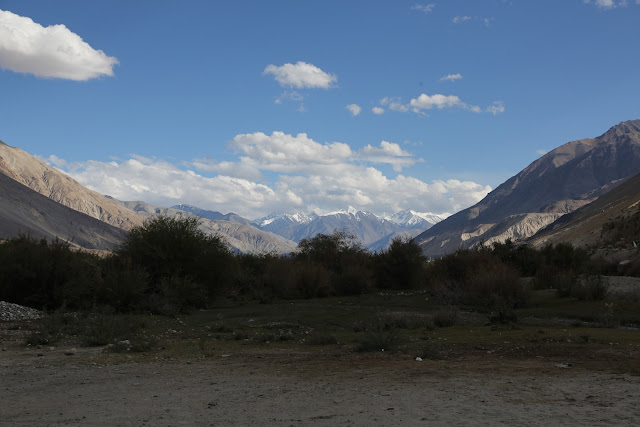 4:44 PM Topped up the fuel at the Diskit petrol bunk. In the whole of this region, this is the only proper petrol bunk.
We continue our journey towards Turtuk. As evening sets in, the landscape turns more interesting.
6:18 PM We reach a bridge after which the route is totally off on google maps. Google says that you have to go on left bank of river while you have to cross over and go to the right bank of the river.
6:30 PM We cross the another checkpost, same old drill of giving the copy of permit. The guy here took out a small paper piece, wrote and number and told me to tell that number back when I return.
7:05 PM Crossed final checkpost where I was asked copy of permit.

7:35 PM Finally reached Turtuk and found Turtuk Holiday Camp where we stayed. The weather was extremely pleasent. We enjoyed our drive to this place but because of that we reached really late. 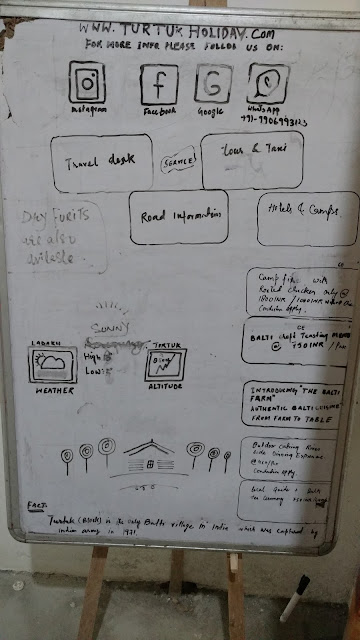 Here is A trivia about Turtuk. Turtuk was under Pakistan's control until 1971, after which India gained control of this strategic area. It is predominantly a Muslim village, and residents speak languages including Balti, Ladakhi, and Urdu. Turtuk is the last outpost in India after which the Pakistan-controlled Gilgit-Baltistan begins.
Posted by vavasthi at October 11, 2017