27-December-2013
09:45 AM Left the hotel to Jaipur. Since the hotel is on the outskirts of city on Jaipur road itself, we quickly got of town and expected to make quick progress.

The road from Jodhpur to Jaipur is good but there is very heavy military traffic. These are large caravans consisting of many vehicles and makes overtaking difficult. We start on NH-112 towards Jaipur.
10:40 AM We reach a town called Bilara.At this point the road consists of NH-112, RSH-65A and NH-14. The condition turns worse here, there is lots of road construction going on around here for approximately 20 Kms.

11:40 AM We reach a fork in the road where NH-14 and RSH-65A continue in one direction and NH-112 takes other direction. We continue on NH-112. This is the left turn on the road.
12:15 PM We cross Beawar. You don't need to go into Beawar, the national highway completely bypasses the town. The road also is significantly better from here onwards.

1:05 PM We cross Kishangarh. This is where one clearly observes that the truck density on the roads increases significantly. You can also see occasional trucks driving on the wrong side of the road full speed.
2:15 PM We enter the outskirts of Jaipur. Like any big city, you have to deal with traffic, traffic lights and complete anarchy.

2:45 PM We reach Hotel Ratnawali. My review of the hotel is here.
4:25 PM We had planned on seeing the Amber fort but since we were very late in reaching Jaipur, we decided to just see the light and sound show. We left for Amber fort.
5:10 PM We reached Amber fort. We found one local guide who told us that the Hindi version of light and sound show is only at 7:30 PM and till that time he can show us palace etc. Since the roads to palace are very narrow and it is very crowded, we decide to go with him.
Amber Fort light and sound show is really exceptional. The script is done by Gulzar and voice over is done by Amitabh Bachchan. It is really worth a watch.


When we reached the palace, we found that there was some shooting going on. We were informed by locals that an episode of television series 24 is being shot there. 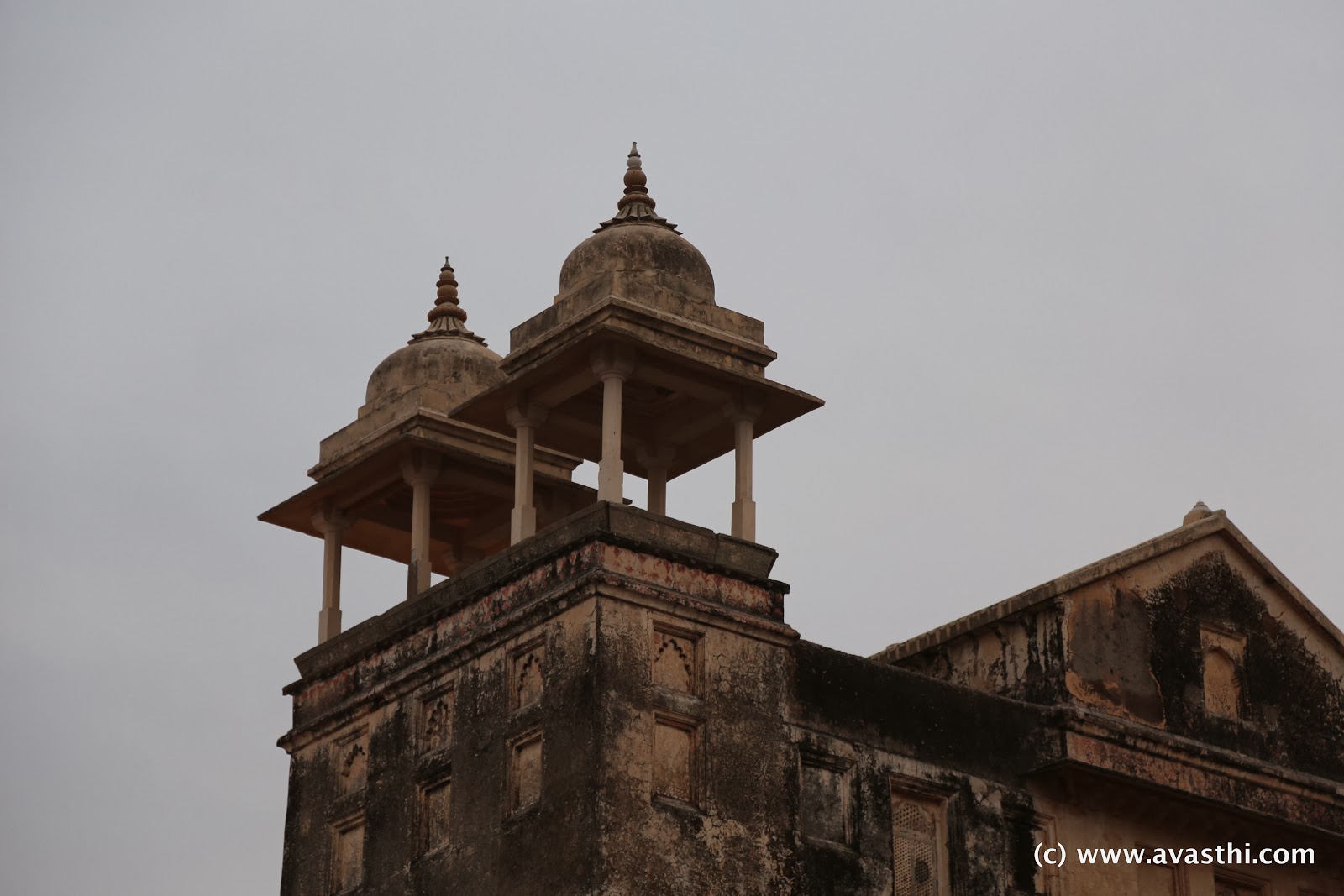 7:30 PM  We went to the Light and Sound Show. There was a huge traffic jam created by the vehicles from the earlier show so we had to wait for some time before we were allowed in. The light and sound show is fantastic. The narrators tell the story of the fort against the backdrop of flood lit fort. 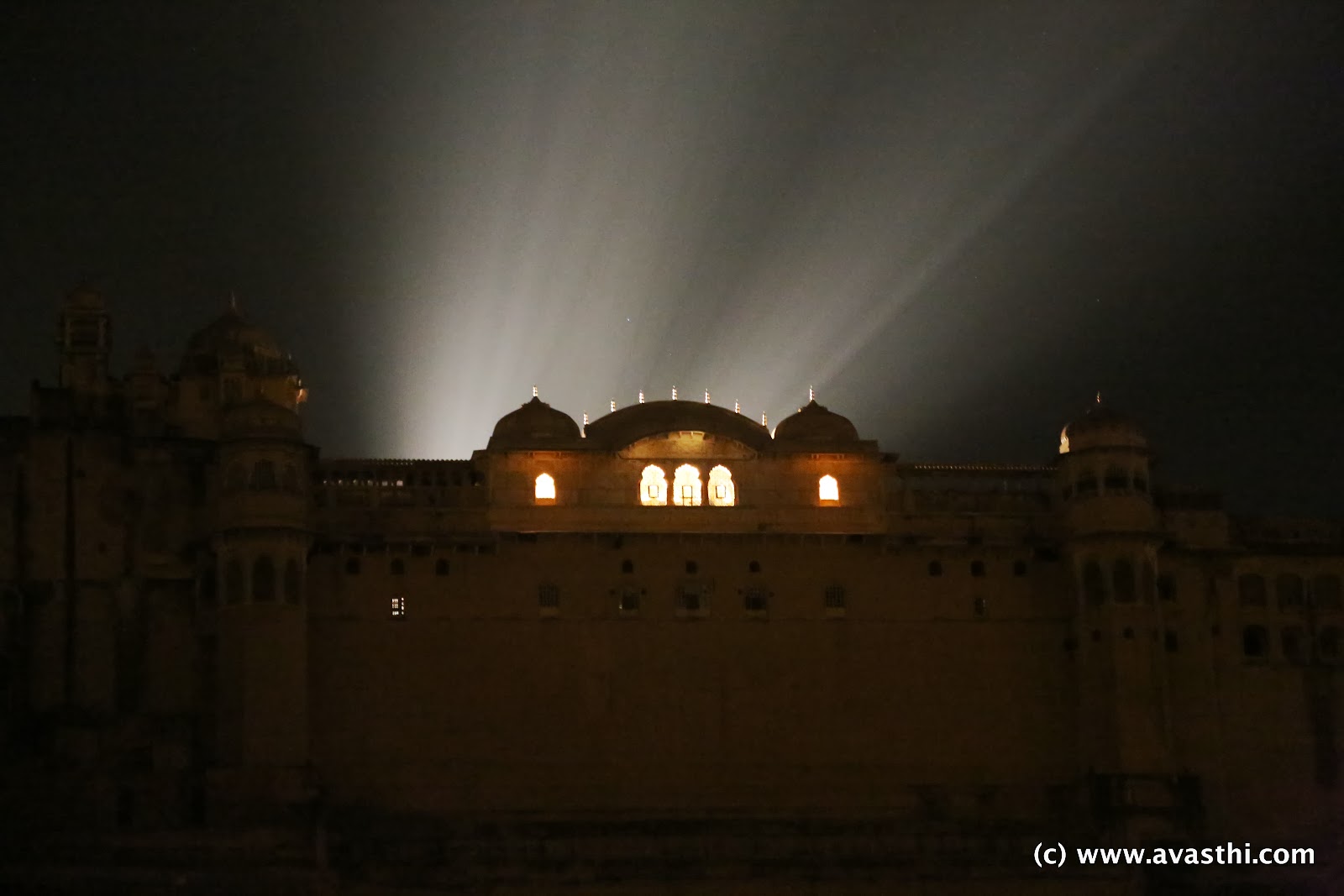 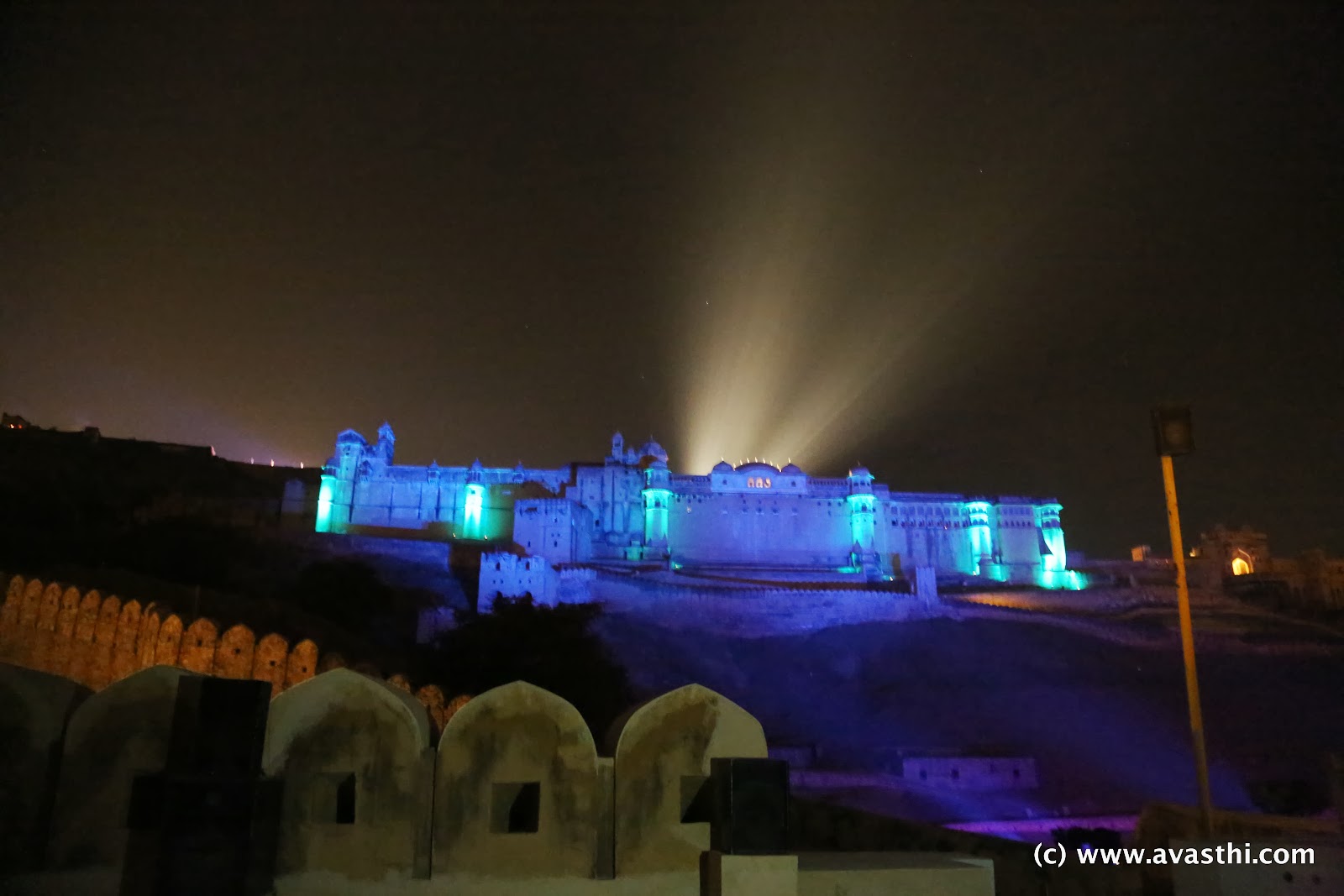 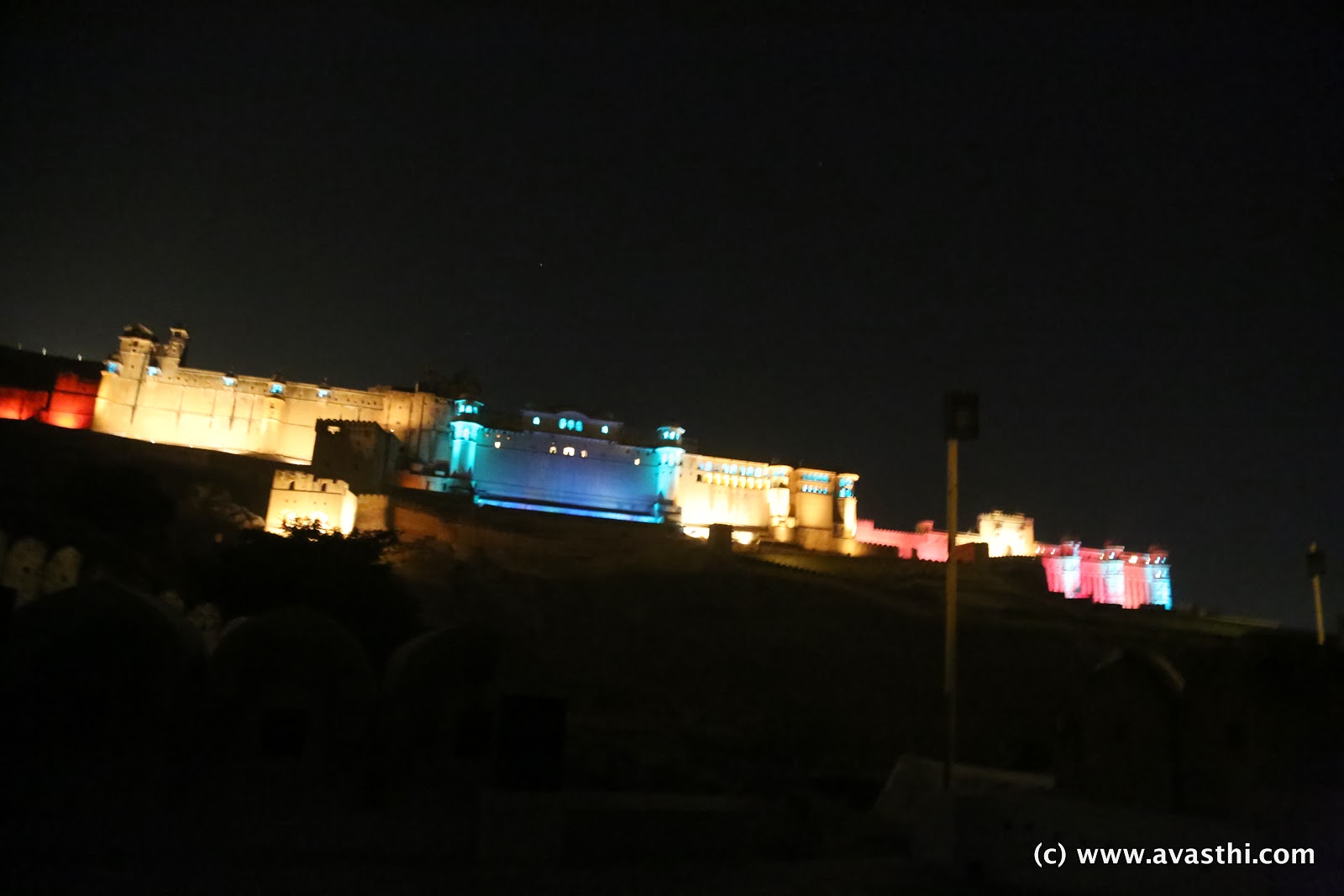 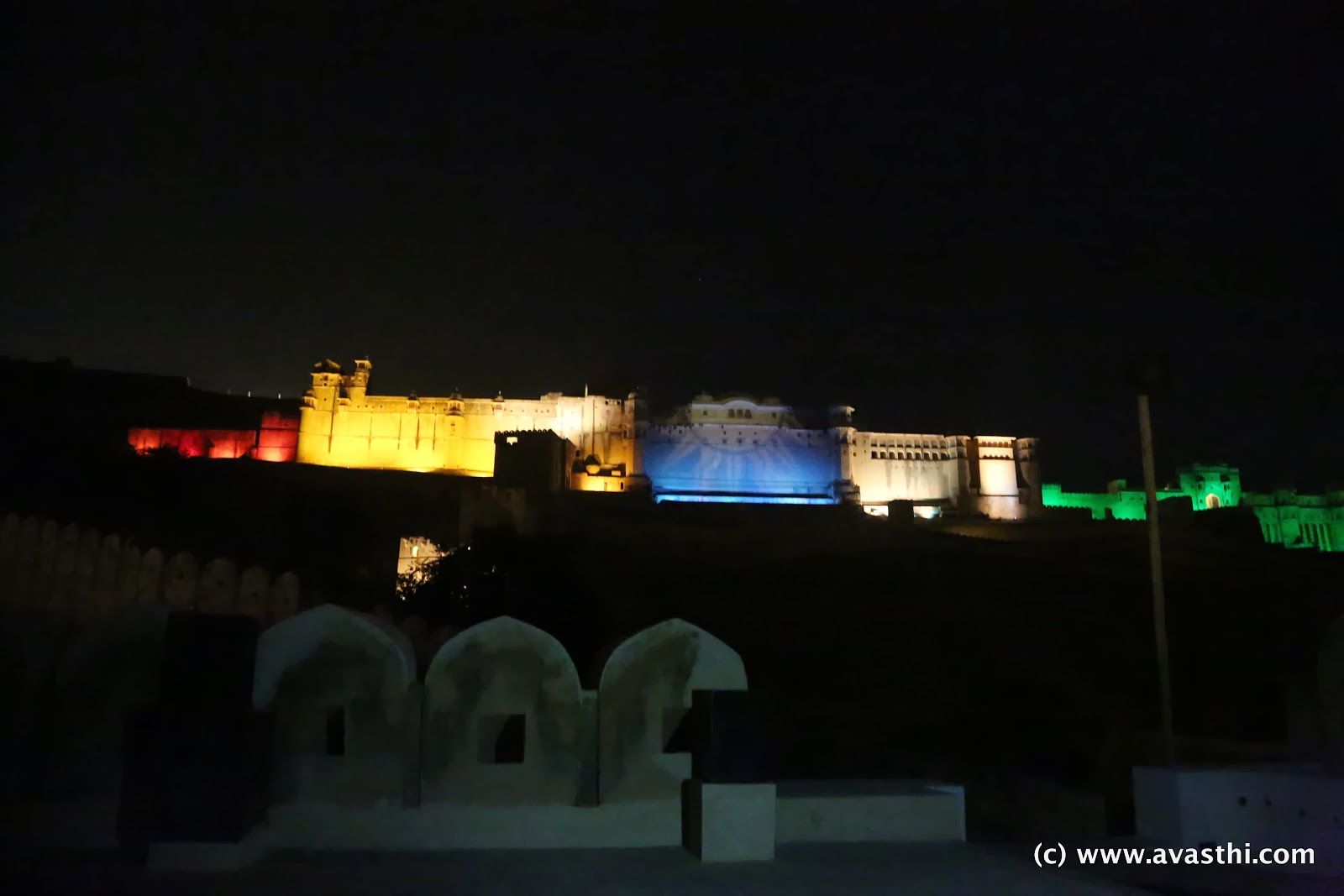 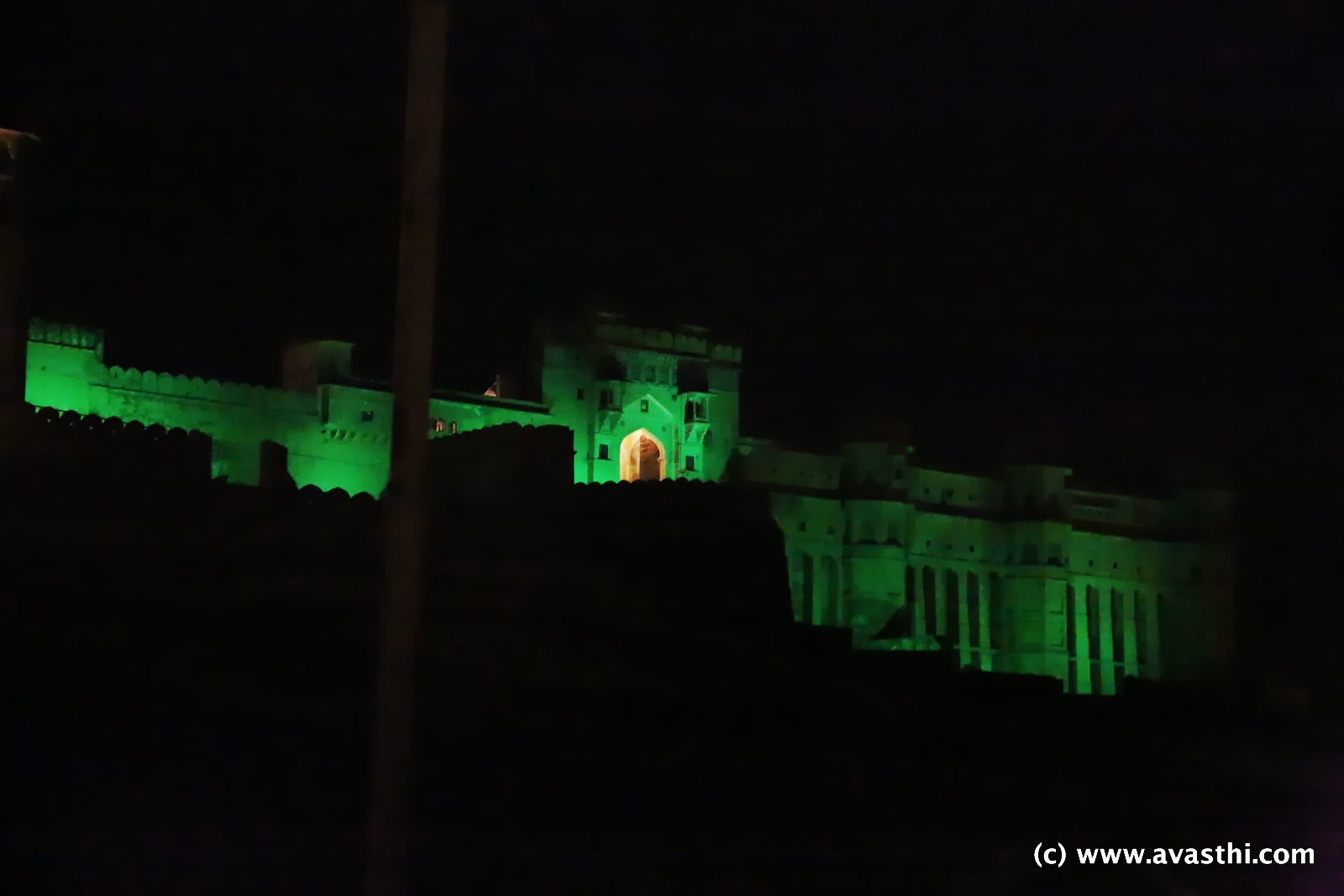 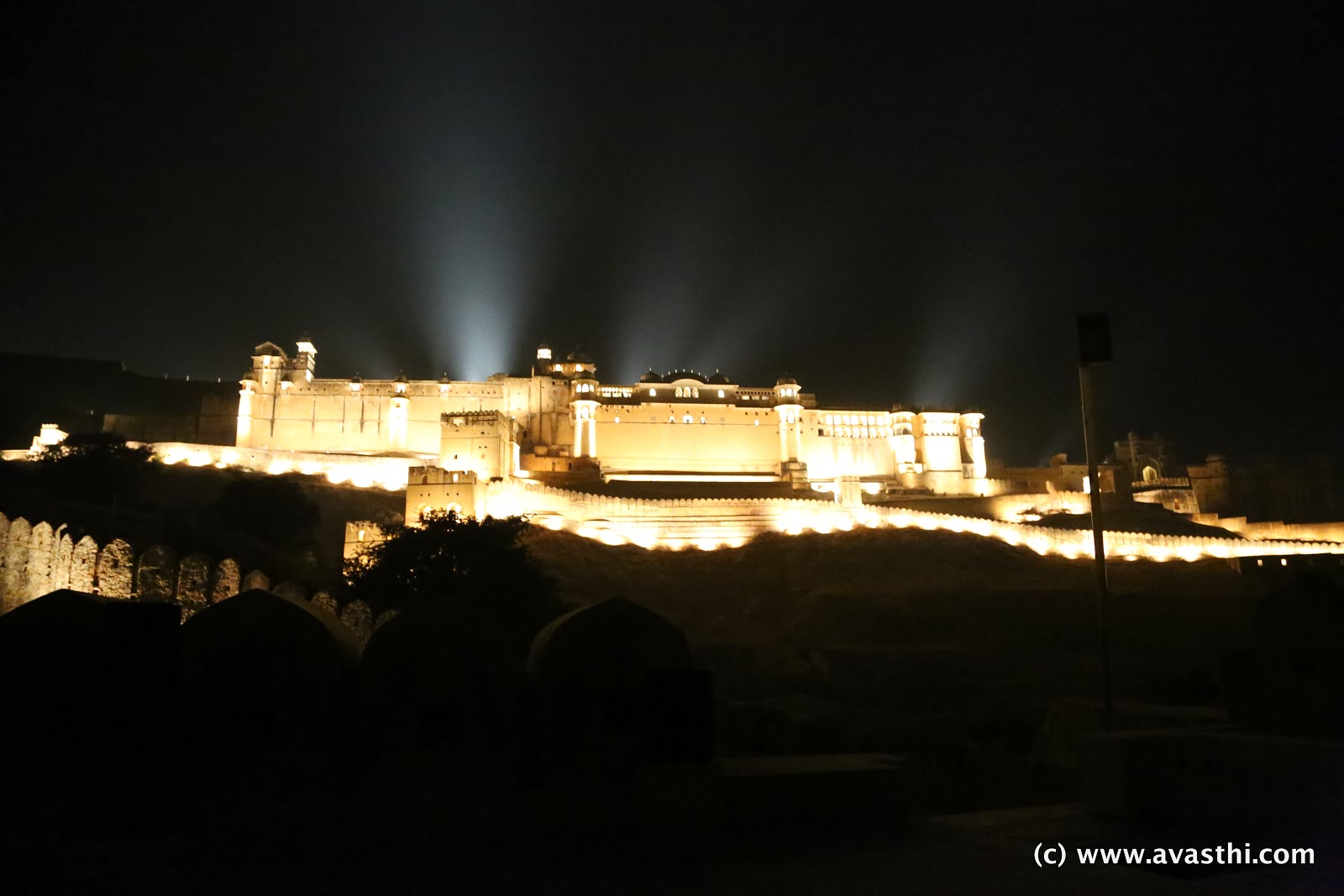 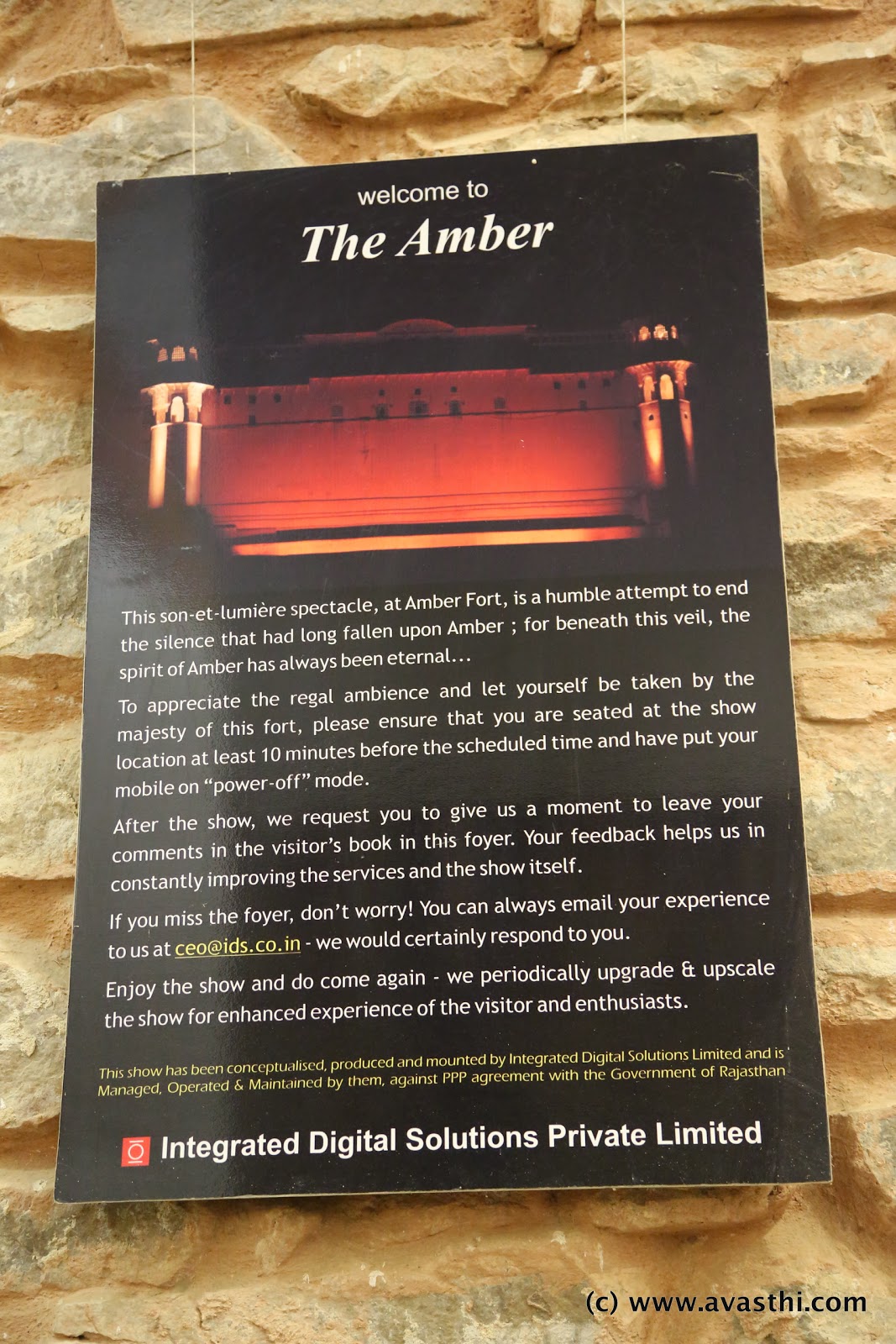 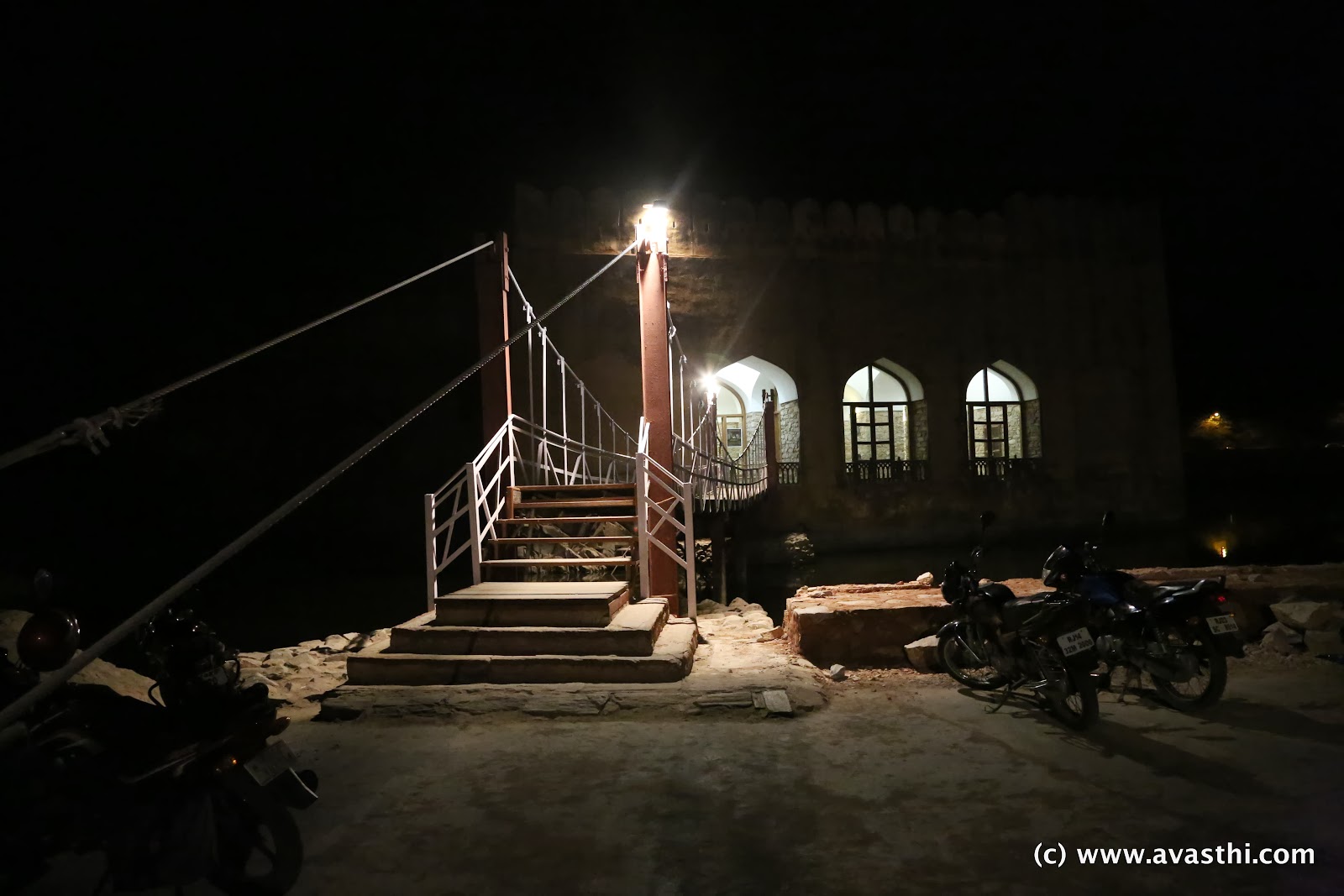