08-October-2016
Since the hotel where we stayed did not serve us anything to eat, we decided to find something on the way. Unfortunately, there is very little available to eat that early on that section of Highway. Finally, we found a small run-down place called Sweet Hot restaurant which was serving the breakfast, we stopped there for breakfast.
The food was hot, it did not taste like what it should but it was hot. So we had the breakfast and continued our journey.
9:40 AM We crossed Nizamabad
10:15 AM We crossed Nirmal
11:05 AM We crossed Adilabad. 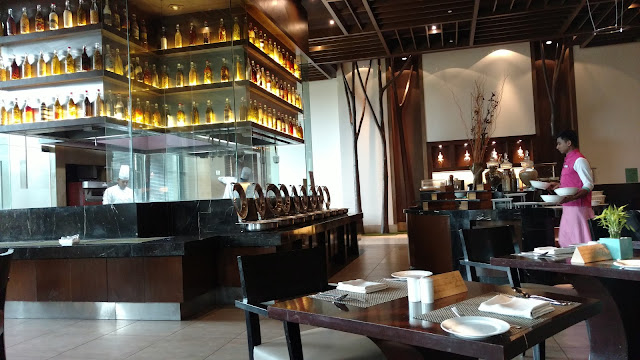 The section of road around the TS-MH border has worsened. It took us almost 2 and half hours to cross the stretch from Adilabad to Hinghanghat, this stretch took one and half hours earlier in the year when I traveled. The only good sign is that there is some work that has started on the unfinished road that was lying like that for the last couple of years but the work is very low key.

2:30 PM We reached Nagpur, since we were already late, we decided to have lunch at Le-Meridien which is near Airport.
3:30 PM We started back on the road.
7:00 PM We took a short break at Hotel Meghna and Restaurant.
At this time it started raining heavily. The road had also taken a turn for the worse. Driving became extremely challenging after that. The barely existent road had also disappeared.