16-04-2017
Slowly tiredness was setting in, so we decided to take is little easy. We started from Jabalpur only by 11 AM. Straightway we continued towards Bhopal, via Damoh and Sagar.  We stopped only at Sagar for Lunch. 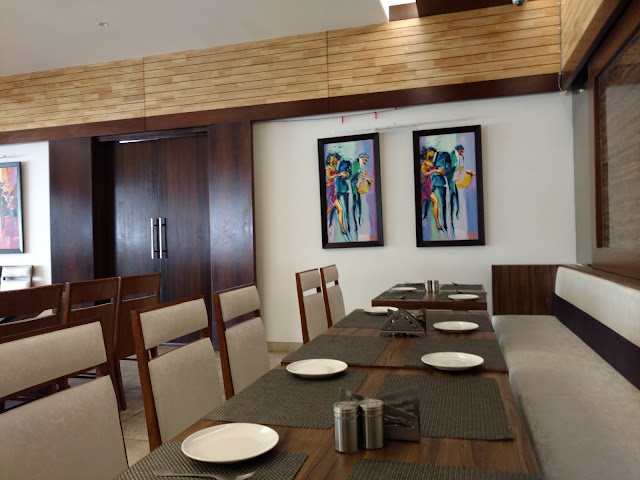 5:30 PM Reached Sanchi Stupa. We were late so we straightaway went inside. It is always breathtaking. 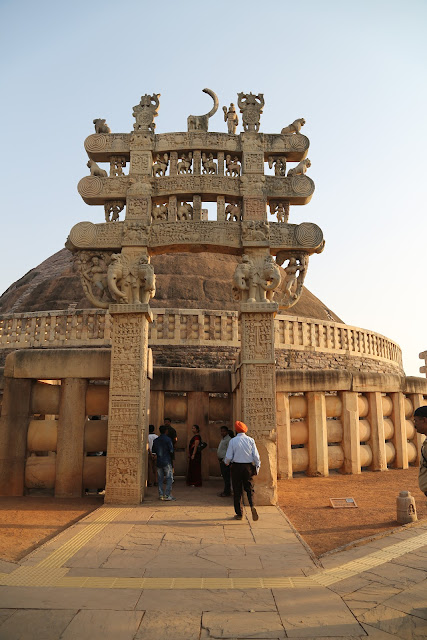 During the third century BC, the Mauryan emperor Asoka  (Circa 213-36 BC), the great patron of Buddhism, selected Vedisagiri (Sanchi Hill) for the foundation of a Buddhist establishment because the hill ensured quietude and seclusion necessary for monastic life. It was situated near the rich populous and patronizing city of Vidisha. He erected here, a stone column and a brick stupa. The Sunga period (second century BC) witnessed the stone encasing and enlargement of the stupa of Asoka (Stupa 1), Erection of balustrades Round its ground, berm, a stairway and Harmika, reconstruction of Temple 40 & building of stupas 2 and 3. During the Satyavahana regime (first century BC) four lofty gateways were added to Stupa 1 and one gateway to Stupa 3. Structural activities are on a slow pace during the reign of the Kshtrapas of Malwa (early centuries of the christian era) and Sanchi imported images from Mathura during the period.  Four images of the Buddha are placed against the beam of stupa 1 facing the four entrances. Temple 17 and some other edifices were the contributions of the Gupta age.  During the seventh-eights centuries A.D., several buddha images were installed and temple 18 erected the foundations of an earlier edifice at the site several temples and monasteries were built during the medieval period when the Pratiharas and Paramaras of Malwa flourished in the region. Amongst these, the Temple 45 is typical for its dimensions and exhuberant ornamentation. 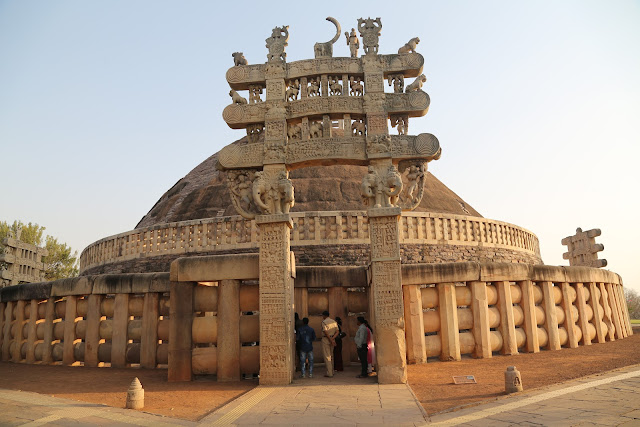 Stupa 1 (second century B.C.) consists of a plastered dome crowned by a triple umbrella within a railing and contains within its core the brick stupa of Asoka. A circumambulatory path approached by a double stairway is built against its base. The ground balustrade marks another procession path around it. Four gateways (first century B.C.) provide access to the stupa from all four directions. The height and diameter of the stupa are 16.46 and 36.60 meters respectively. The inscribed parts of the railings, pavements, and gateways are the donations of a large number of devotees from Vidisha and other parts fo the country. The scenes carved on the gateway generally depict Jataka legends, scenes from the life of Gautam Buddha, subjects connected with the history of Buddhism, Past Buddhas, and miscellaneous decorative motifs. The four images of Buddha installed against the drum are the additions of the fifth century A.D. 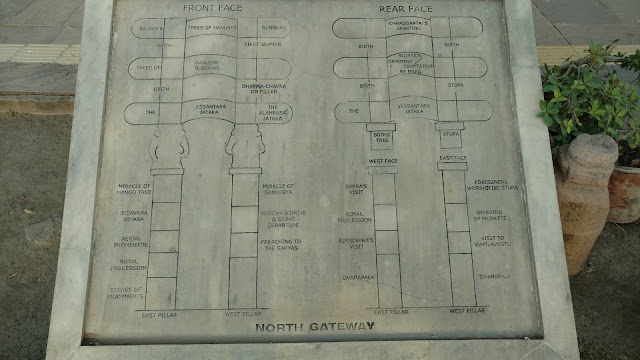 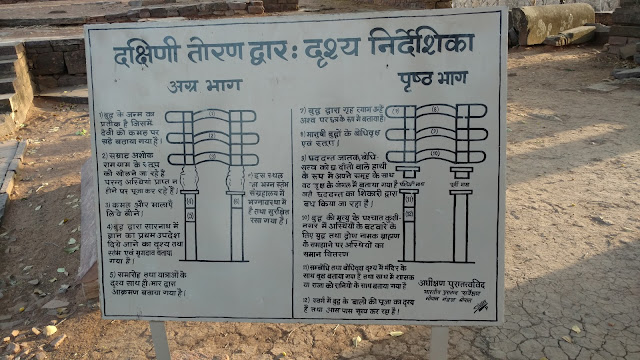 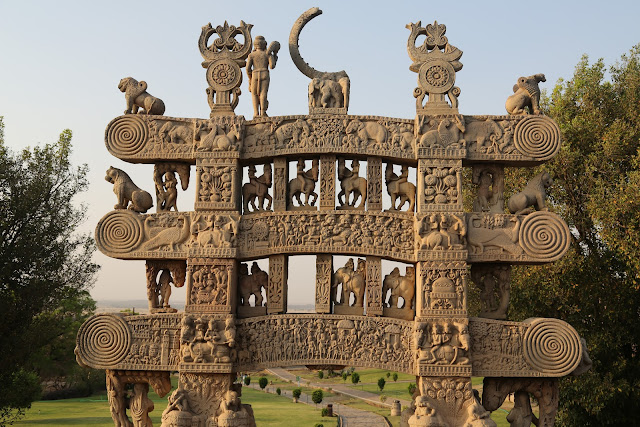 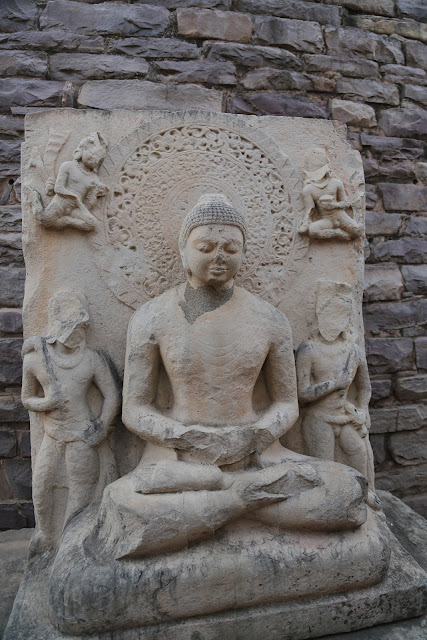 Stupa 2 resembles Stupa 3 in shape and size, but without any gateway. It has a large balustrade with four cardinal entrances and double stairway, leading to the top of the drum. Its reliefs mostly exhibit decorative motifs with some life-scenes of Buddha. General AlexandeCunnighamam found inside the dome, the corporeal relics of ten Buddhist teachers of at least three generations at a height of 2.13 meters above the terrace. 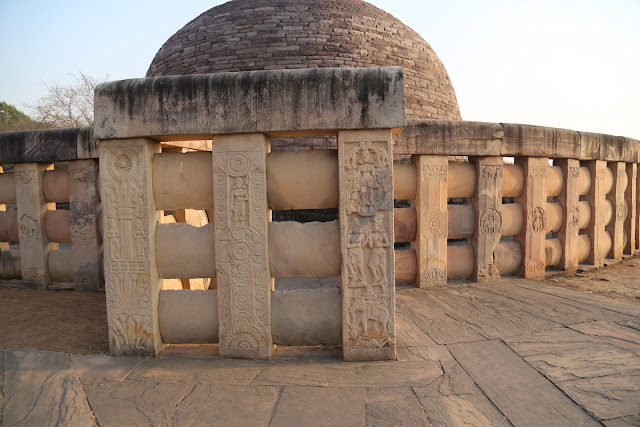 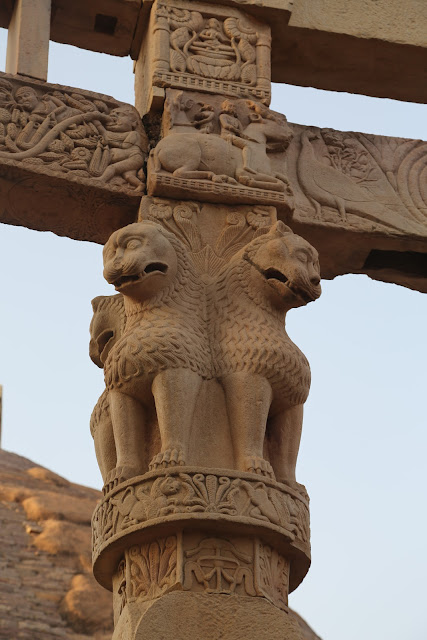 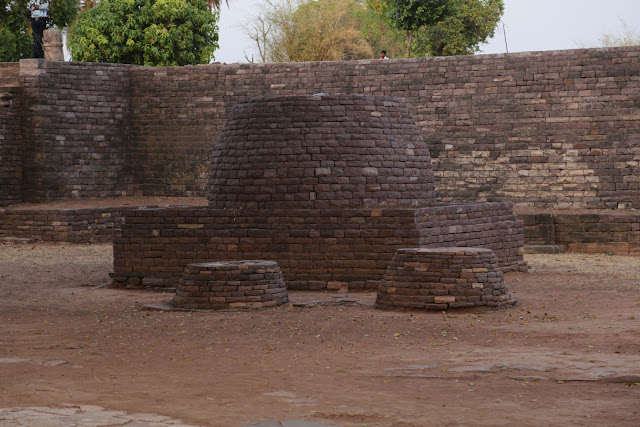 Monastery 51 is a well preserved quadrangular structure remarkable for its stone walls veneered with bricks. Probably the roofs of its cells and verandahs and the verandah pillars had been of wood.  To the west of the monastery lies a giant stone bowl. 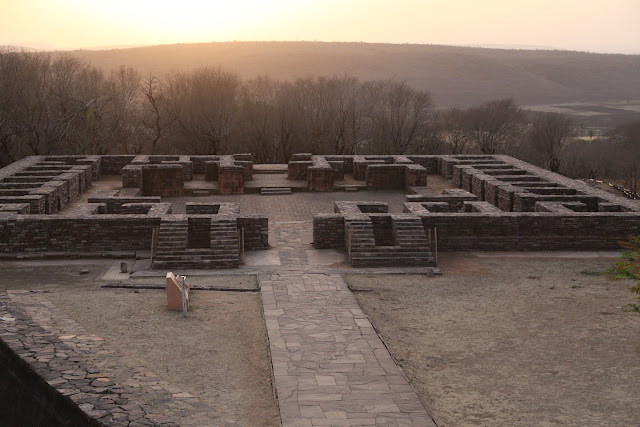 Temple and Monastery 45 of the medieval period, stands on the ruins of an earlier structure of the seventh or eights century.  The presence of Ganga and Yamuna on the door-jambs of the temple shows that the Buddhists adopted typically brahminical motifs as well the spire reduce to a bare core was originally embellished with carvings on three sides of the temple or remains of monastic cells. 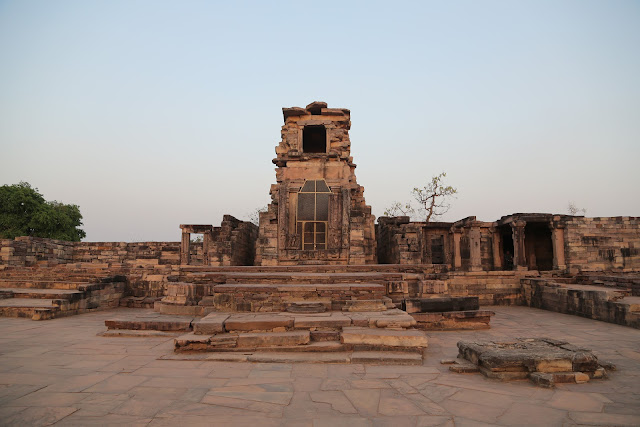