17-September-2017
We had planned on leaving early but we needed to get some car repairs done and the last place where those repairs could be done was Ludhiana. When we called the dealership, they told us to come next day. We realized there was no point in rushing to Ludhiana because nothing is going to get done today. So we decided to relax little bit.
Fed up with the hotel food last night, we decided to explore some restaurant in the town. We found this place called Bob Marley Restaurant, so we decided to go there for breakfast.
The restaurant is a laid back restaurant with a Indian  and Continental menu. The service is little leisurely but the food was good and portions were generous. 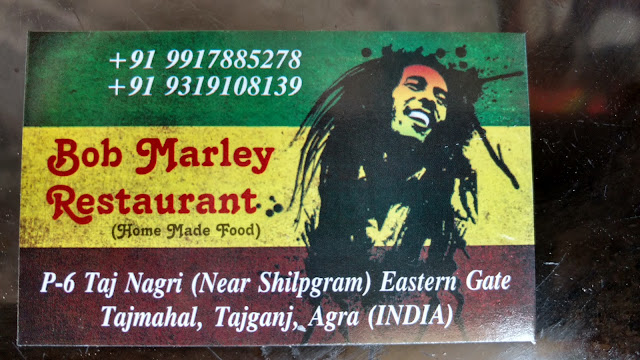 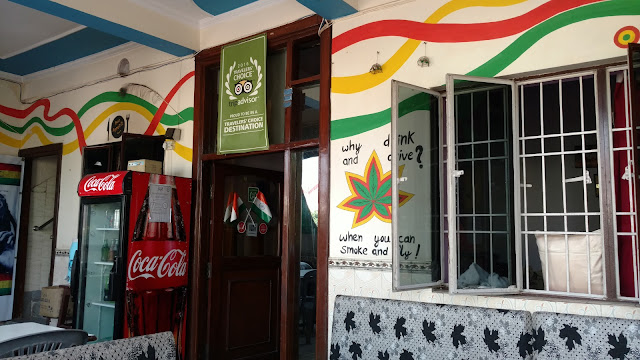 Here is my review of the place.
11:15 AM We finally checked out of the hotel and started towards Ludhiana which was the destination of the day.
For some reason it was easy to get out of Agra city, we quickly got on to Ring road which took us straight to Yamuna Expressway.
1:10 PM Got off YEW and into  to Noida.
2:10 PM Exited Delhi on other end. Being sunday it helped, did not encounter too much traffic in Delhi.
2:45 PM Stopped in Murthan at Mannat Dhaba. Here is my review of the place.
3:15 PM Left after lunch.
4:29 PM Topped up the fuel.
6:20 PM Stopped at Highway King Vaishno Dhaba for a chai.

7:15 PM We reached Hotel Park Plaza in Ludhiana. Here is my review of the place.
Posted by vavasthi at October 13, 2017