9:30 AM We left our houseboat and started driving towards Kargil. Early morning there were many houseboats selling stuff. We did not stay at the Dal Lake but adjoining lake called Nigeen Lake. The lake seems to be a living market. Early morning there were multiple vendors selling their wares, we politely told them that we were in a hurry and continued on towards our journey towards the car.
We had planned on leaving much earlier and we were significantly late. Last day's messy traffic between Jammu and Srinagar was in the back of the head. So we decided to not take many breaks and cover as many kilometers as possible.
The roads are narrow hill roads but the surface quality is good in most places, we did not encounter much of the traffic on our way. We did hear the stories of bad traffic on this road but our experience was very pleasant during the drive.
11:35 AM We arrived Sonamarg town. We would have stopped for some time here if we were not pressed for time. The town seems to have developed into a  nice tourist attraction.


This segment is probably the most picturesque drive in the country. The barren mountains are beautifully laid out on both sides of the road. 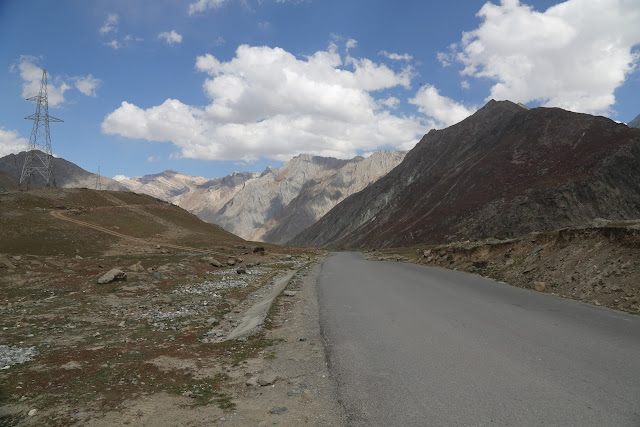 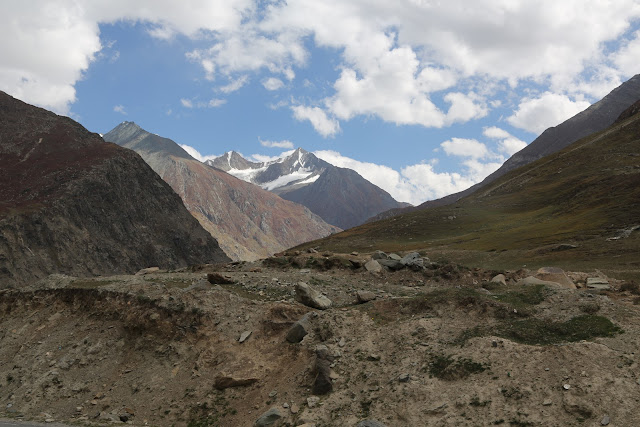 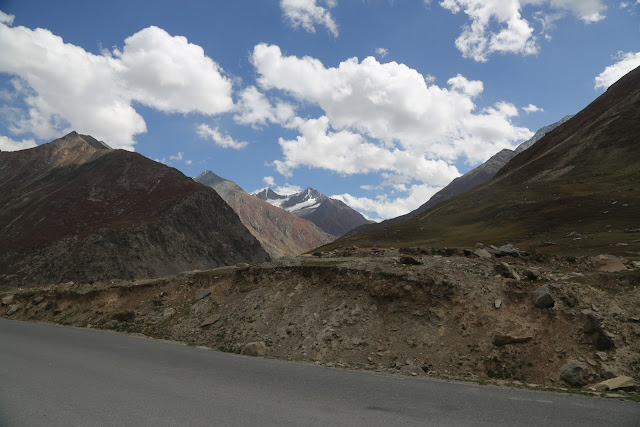 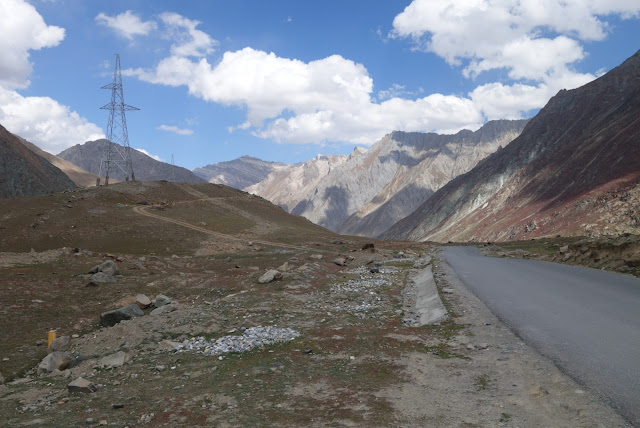 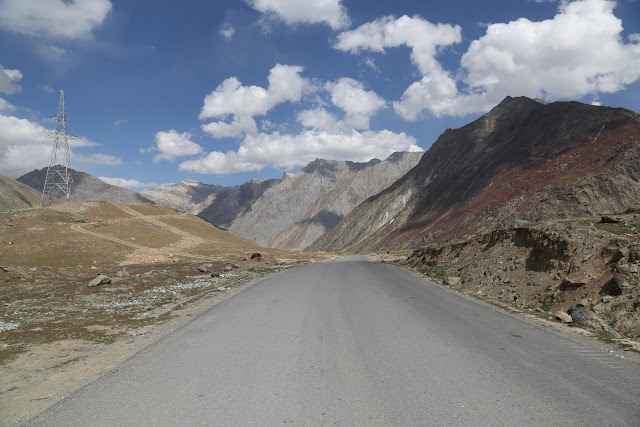 1:50 PM We reached a sleepy little town which had a dhaba in it, so we stopped for the lunch. The place on Google seems to be marked as Halqa Panchayat. Not really sure of its real name. It had few houses and few shops. 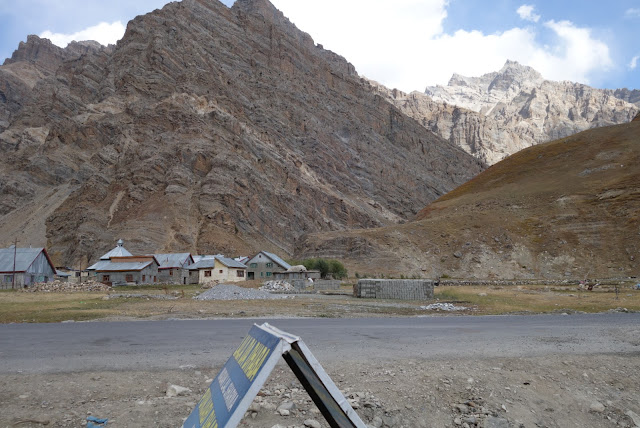 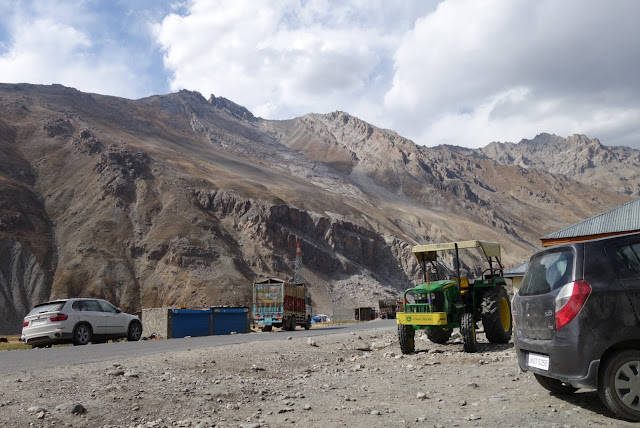 2:50 PM We started after Lunch and continued towards Kargil.
3:45 PM We reached Kargil War Memorial.
The memorial is open to visitors. One has to present a proof of identity and then you can go inside.  The first sight as you enter the memorial is the large tricolor at the end of the complex.
There is a wall behind the tricolor that mentions the names of the soldiers who were martyred fighting for the country. 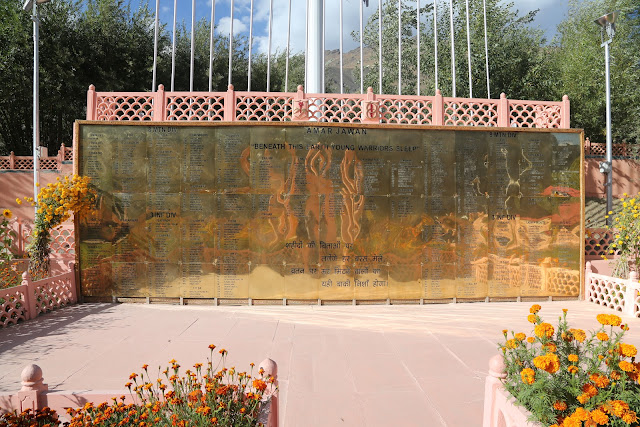 On the left of the complex, there is a small museum specifically dedicated to the details of Kargil war. 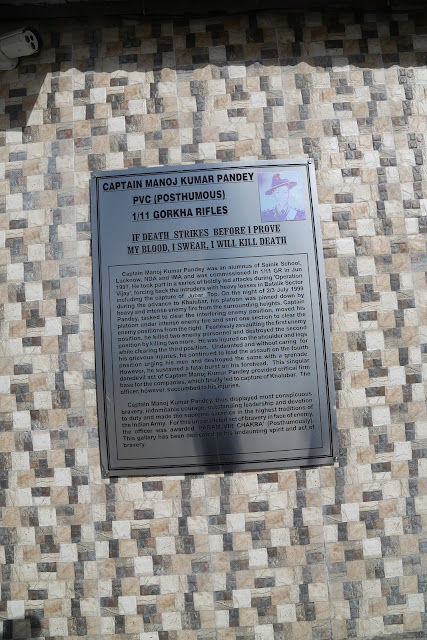 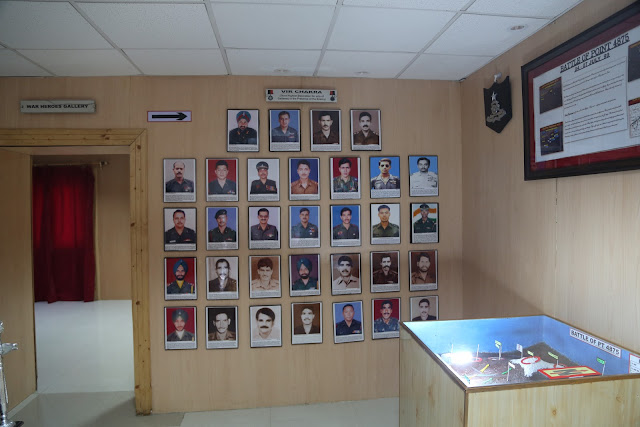 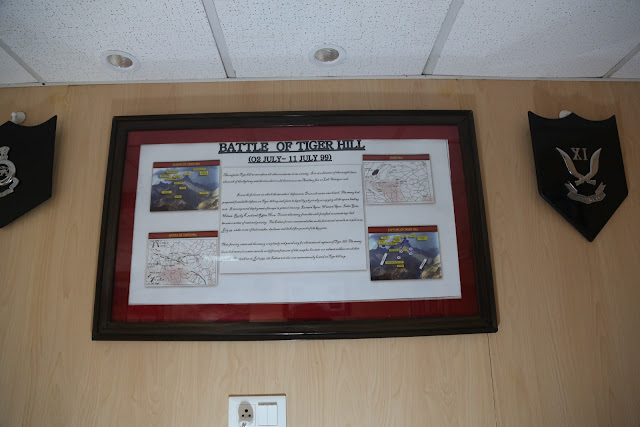 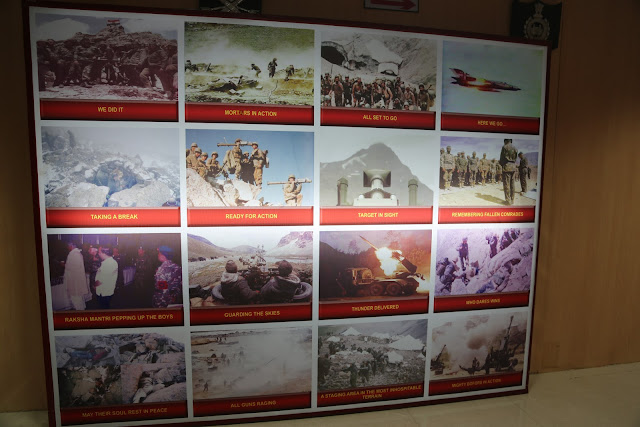 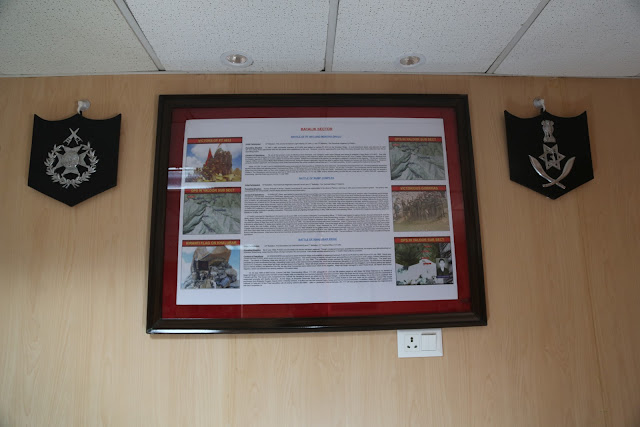 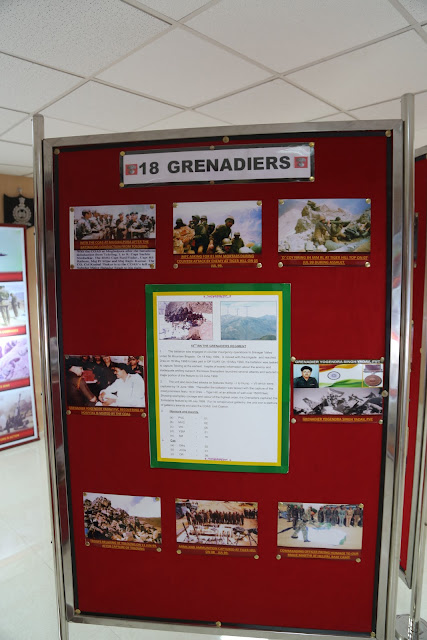 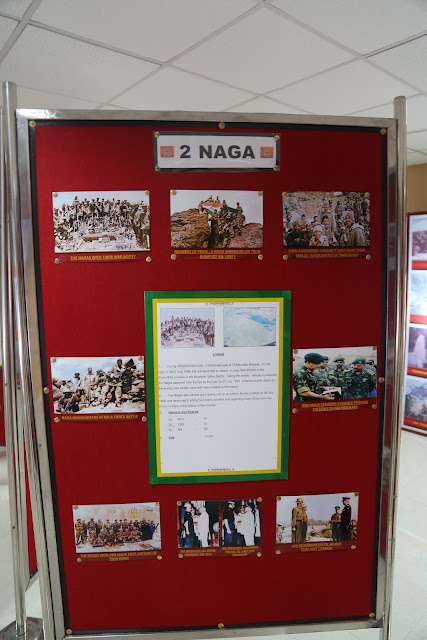 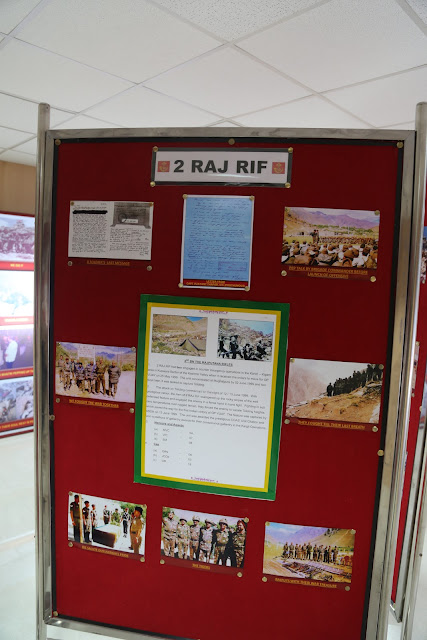 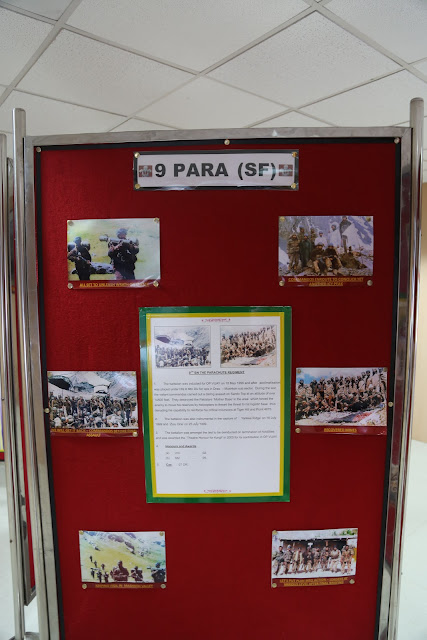 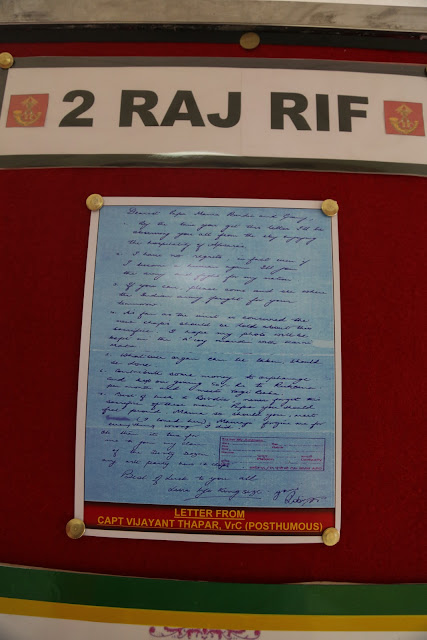 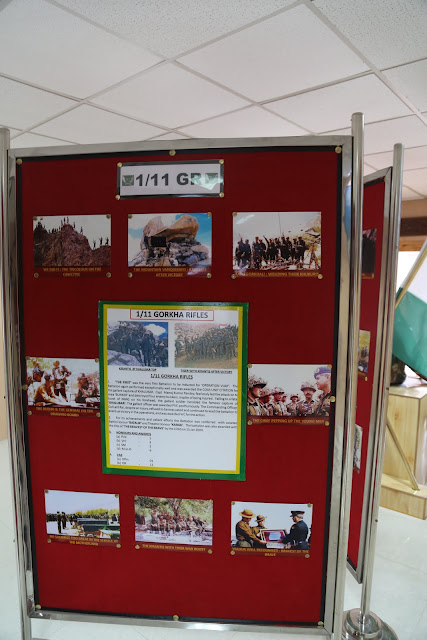 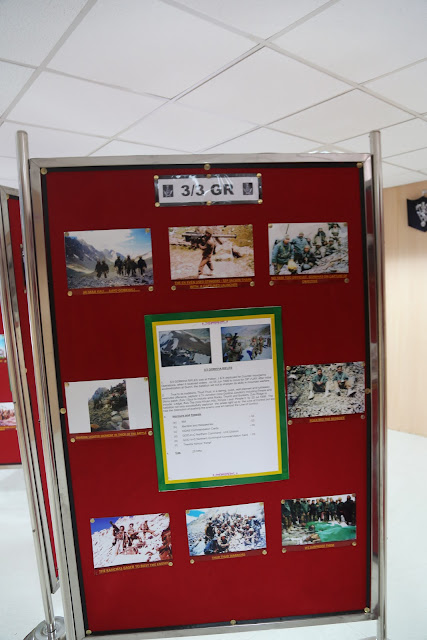 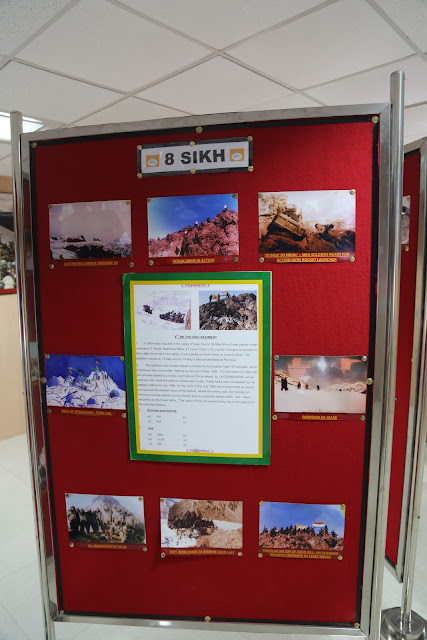 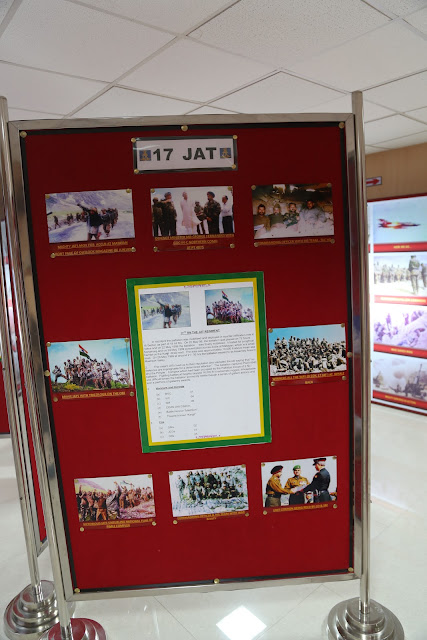 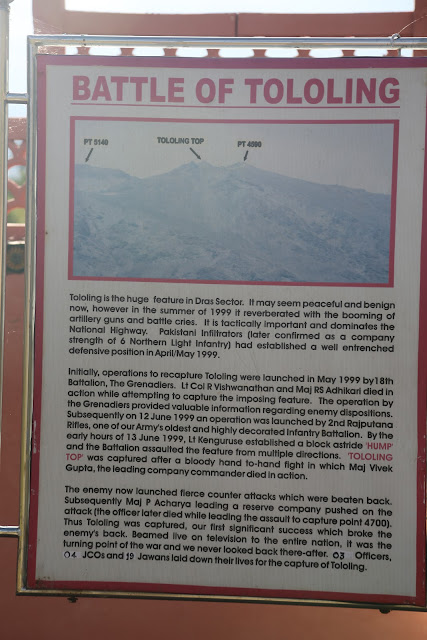 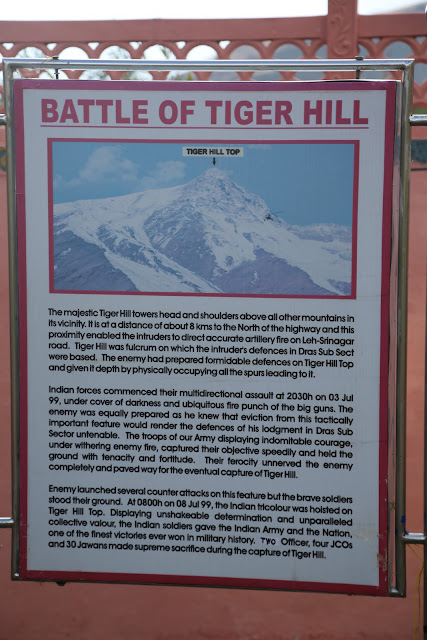 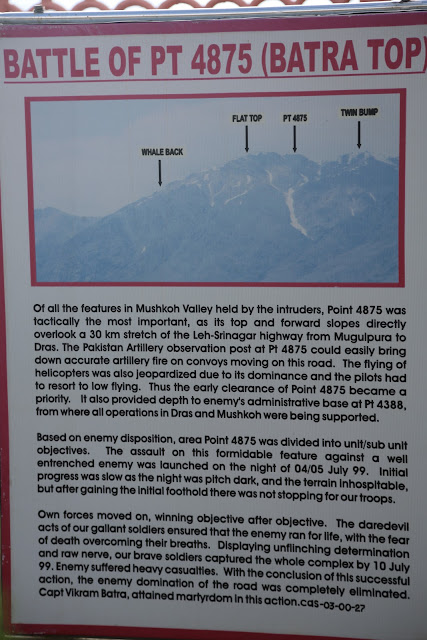 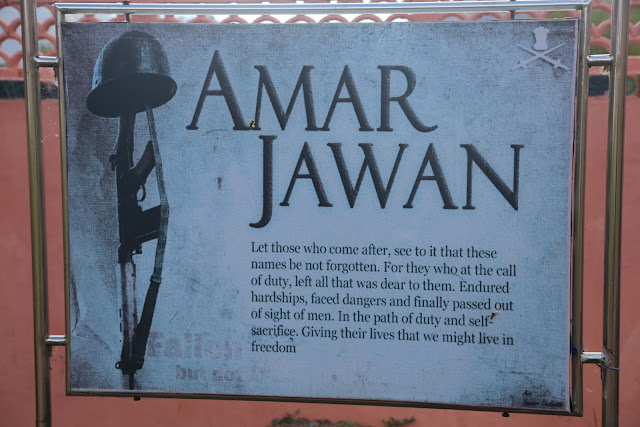 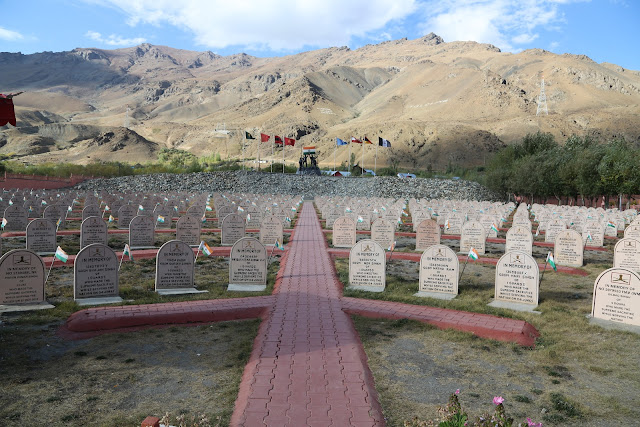 We spend around two hours at the memorial, there are a canteen and a souvenir shop near the main gate. Finally we left towards Kargil town.
6:30 PM We reached our hotel in Kargil. We stayed in Hotel D' Zozilla, Here is my review of the hotel.
Posted by vavasthi at October 05, 2017