22-September-2017
6:00AM We started from the hotel, the idea was to reach Leh as soon as possible. We were little worried because since last night all data networks had died.

This sector probably has most picturesque landscapes as you are driving around. The trick is to slow down, not rush and enjoy. 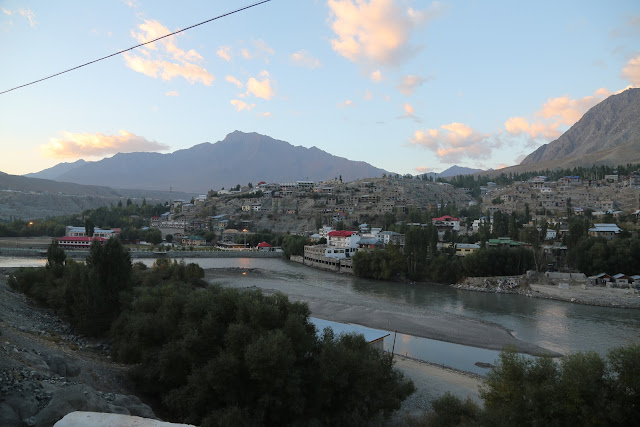 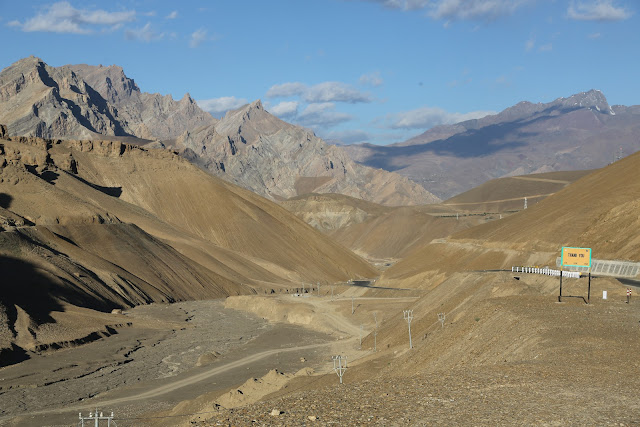 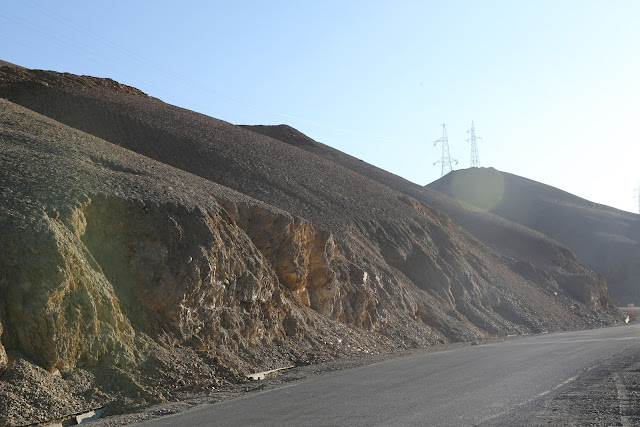 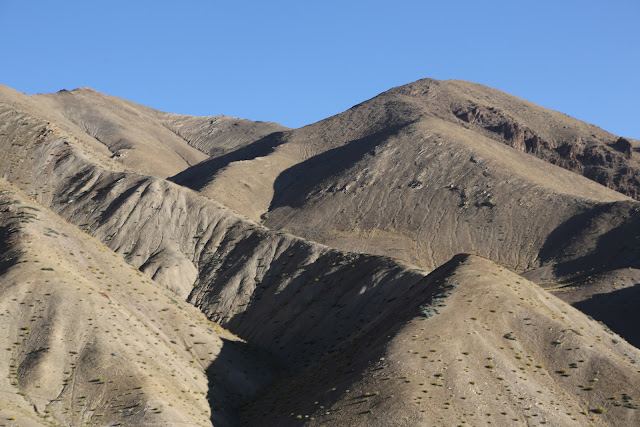 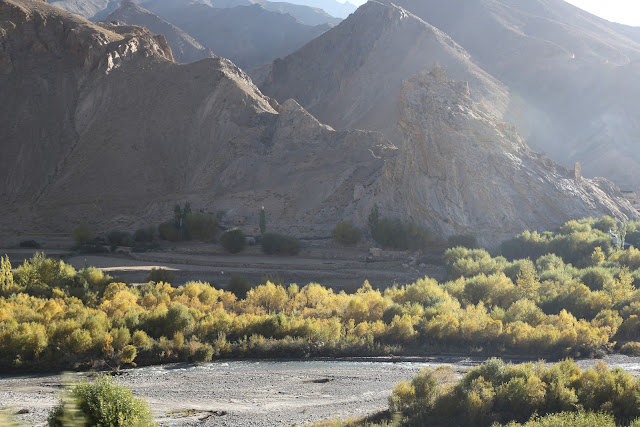 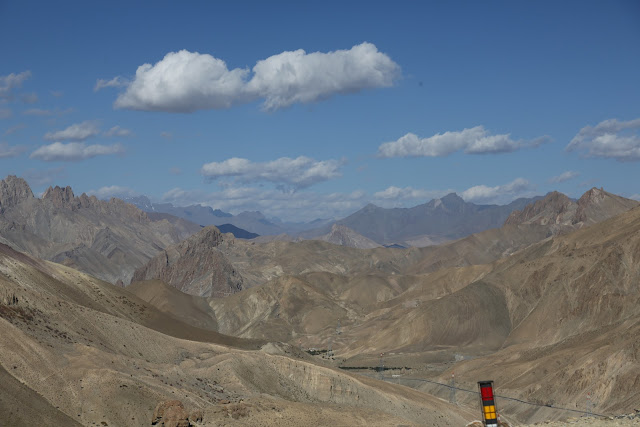 9:20 AM We crossed Futula, which is the highest pass on Kargil Leh sector. Although it is a modest 13479 feet.
There are monasteries and other building which just look amazing. One wonders, "How did they build it there?". 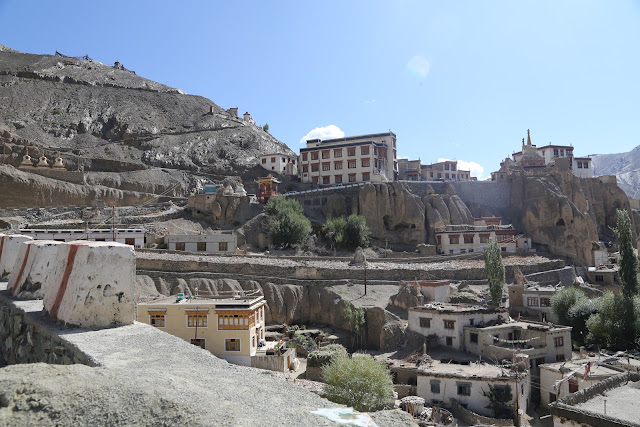 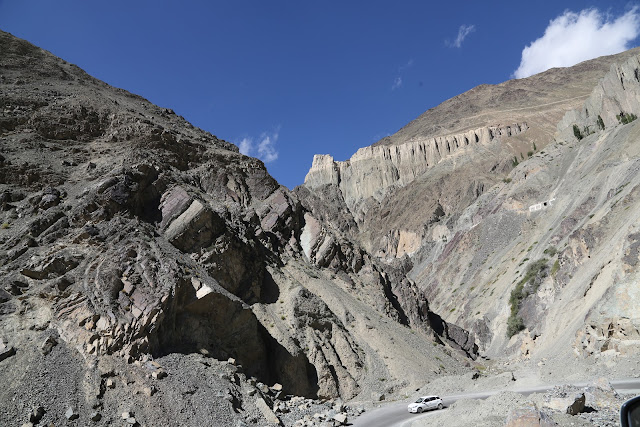 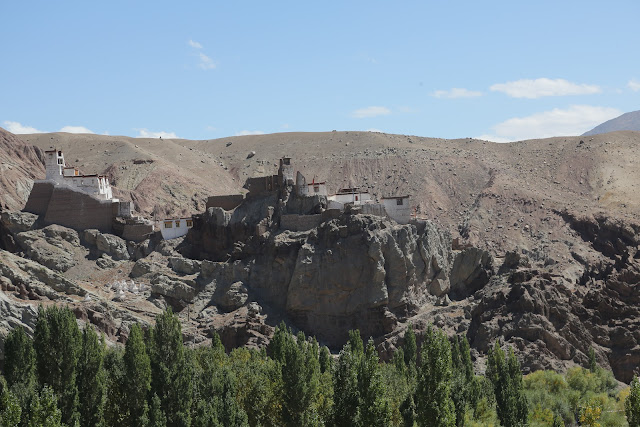 12:10 PM We reached Magnetic Hill. There is a cafe here where one can have Pizza, Sandwiches, Pasta and other stuff. It is a great respite from Maggi only eatries around this place. Once can take a ride on Quad bikes also there.

1:40 PM We reached Leh, there was no data network anywhere in town since we had not booked any hotel in advance, it was a challenge to find a place to stay. After driving around for a while and making some calls, we found out Hotel Shangri-La on old Leh road.
Posted by vavasthi at October 11, 2017