20-April-2015
While our drive from Thimphu to Trongsa, we had encountered several construction zones where traffic was stopped based on a time table. We were not convinced that we can escape the road blockade. So we decided to do the return journey in two stretches. The idea was to reach as close to construction zone as possible and then next day start really early so we can escape all construction activity before it starts.

So we chose Phobjikha valley because we could find a decent hotel there.

5:20 AM We decided to depart really early. Whole staff of the hotel was still asleep. As promised, let left the key in the hotel room, opened the gate and exited the hotel.
We had planned our departure in such a way so that by the time we reach Trongsa, breakfast service in Yangkhil resort would be open and we can do breakfast there.
7:25 AM We reached Yangkhil resort.
8:10 AM We left Yangkhil Resort and in a short span of time, we crossed the Bjeezam checkpost. This is the same checkpost which we had encountered late at night couple of nights back.

As we were driving, we saw this board for Chendeyji Resort. We just thought to check it out and may be have a tea. 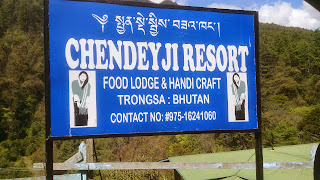 9:35 AM The place is really good. When we reached they only had tea ready. So we just had the tea and started our onwards journey. If you are travelling with family, both Yangkhil Resort and Chendeyji resort have clean restrooms.
Now we were all set to continue our journey till the destination.
The next milestone was Pele La. In our eastward journey earlier, we completely missed the Pele La because it was already dark by the time we reached. Also we were so anxious to reach the destination that we pretty much did not pay any attention to anything.
Pele La is another pass at an height of approximately 3400 mts. Just after Pele La, the road to Phobjikha valley forks off.
The road into phobjikha valley is just about a dirt road. The town is a sleepy little town with nothing mapped even on google map. We just drove around and finally found our destination for the night, i.e. Hotel Dewachen. We did not find any other place worth staying. The caretaker almost behaved as if he is doing us a favor by offering us a room. Here is our review of the property.
The view of the valley from the property is amazing. You can see nature in its full glory. 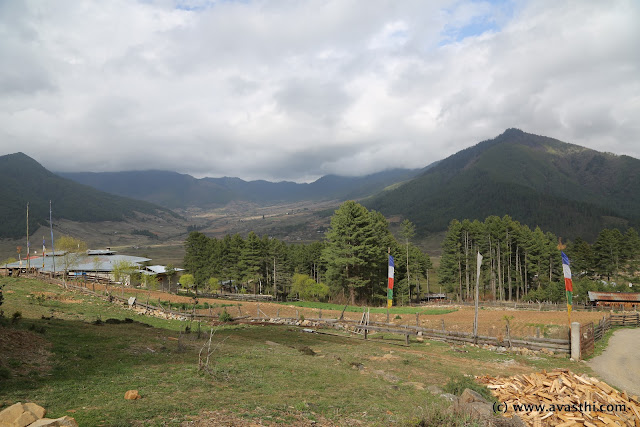 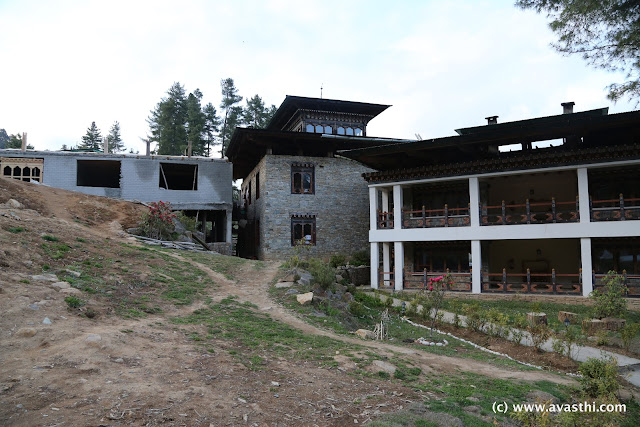 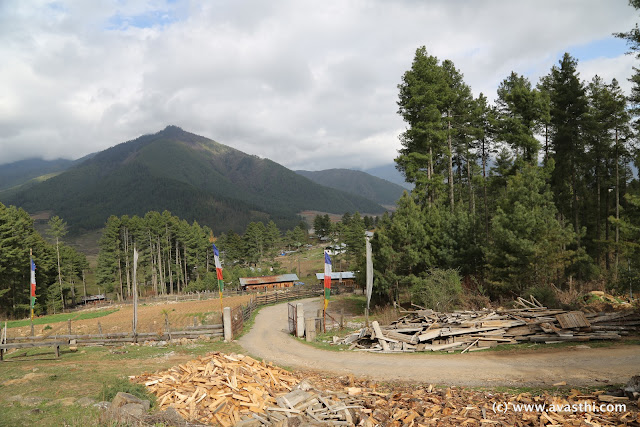 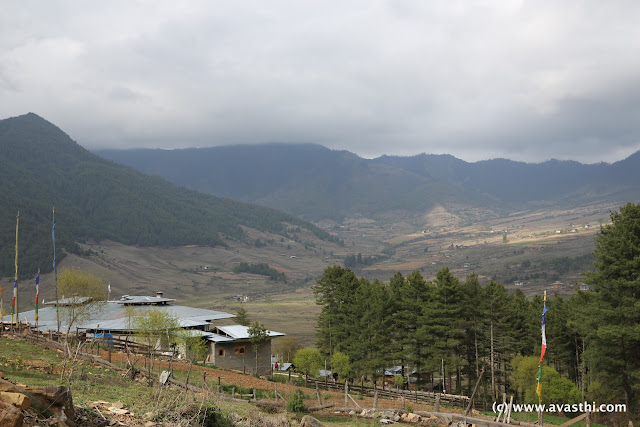 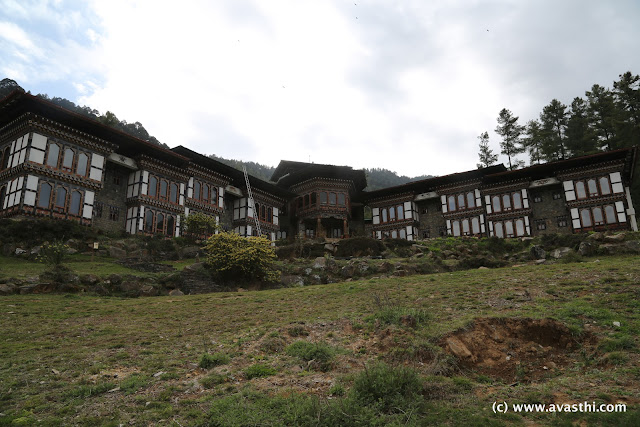 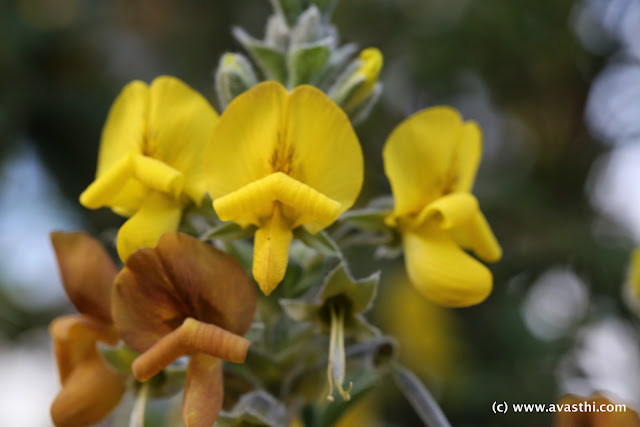 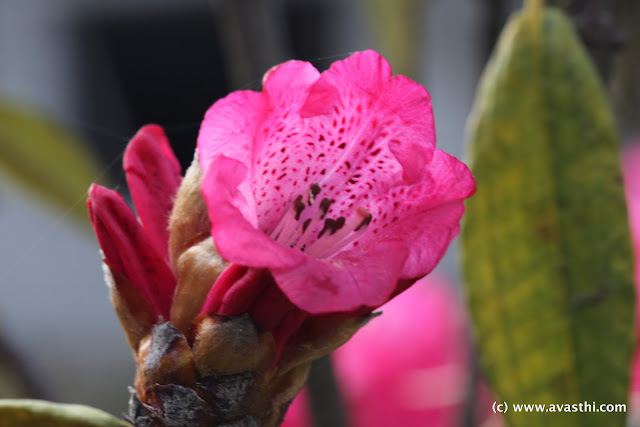 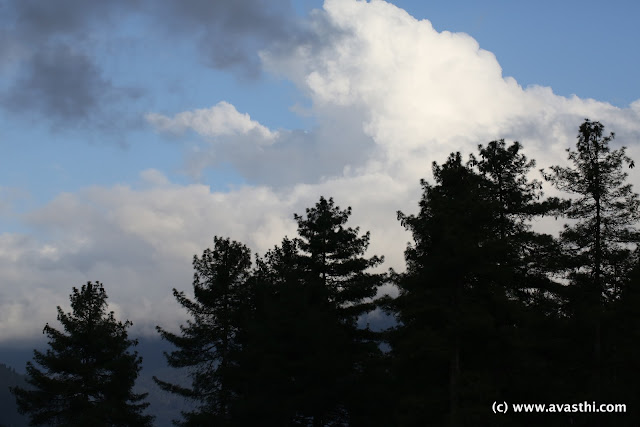 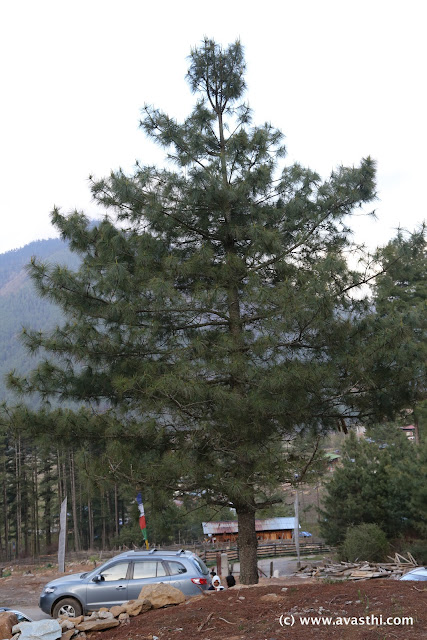 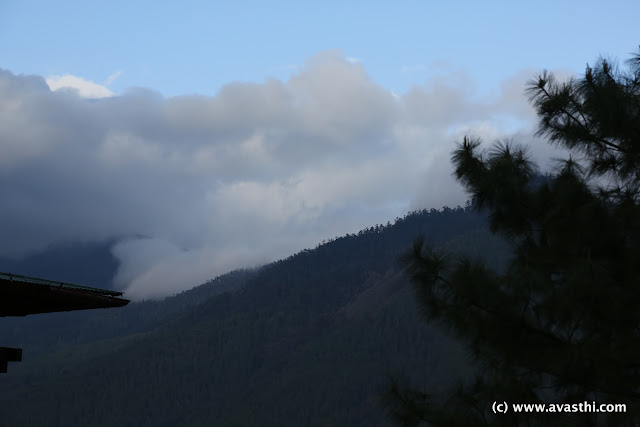 We tool a little walk, rested for a while, had a dinner and called it an early night since we had to start early next day with a hope that we will cross all the construction activity before its start time i.e. 8 AM.
Posted by vavasthi at May 11, 2015