I had in my mind to travel to places that were significant during 1857 freedom struggle, rebellion or sepoy mutiny. You can choose the phrase depending on your choice. As part of my background research on the topic which was primarily limited to the internet, following places found mention as significant places during the event.


Some of the places are very significant in regards to 1857 rebellion but there is nothing left now to see. For example, places like Kanpur, Meerut have nothing or very little left that points to that event.
Based on availability of time and our understanding of the importance of the places, we decided the itinerary. 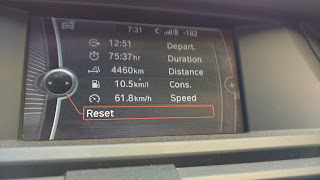 The total distance covered was 4460 Kilometers with 425 liters of diesel consumed during the trip.
Total toll amount paid during the trips was ₹ 4505/-.
Last time around when I traveled, I saw many FasTag lanes operational but this time I saw most of those were barricaded out. In some places when I argued with the security present, they opened the lane but in many places, they told me to do whatever I can.
The deteriorated quality of road had one casualty. One of my tires had a side wall fracture and the last segments of trips were challenging because of that.  It was an interesting trip, would have liked to see more preserved monuments related to 1857 movement but what we saw was priceless.